(1966) The first Kwanzaa holiday is celebrated
Professor Maulana Karenga develops Kwanzaa in the wake of the deadly Watts riots to help build community among black people. The seven-day nonreligious holiday, inspired by African harvest festivals, focuses on seven principles, such as unity and purpose, to celebrate black culture.
Kwanzaa is a celebration held in the United States and in other nations of the African diaspora in the Americas and lasts a week. The celebration honors African heritage in African-American culture and is observed from December 26 to January 1, culminating in a feast and gift-giving. Kwanzaa has seven core principles. It was created by Maulana Karenga and was first celebrated in 1966–67. 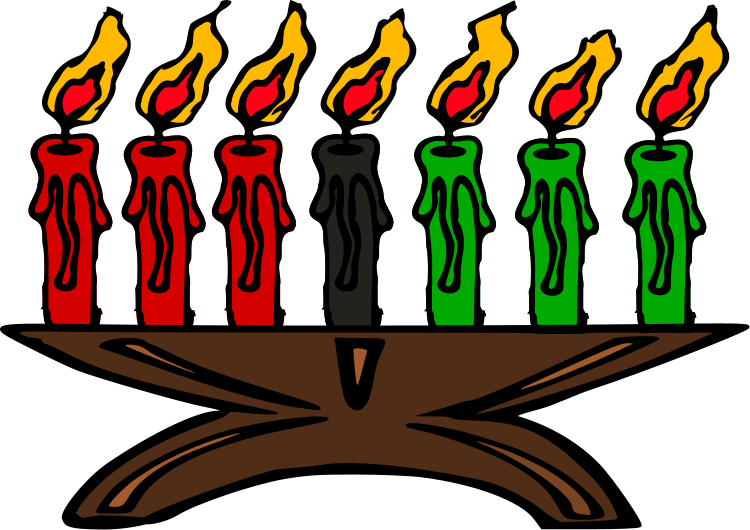 Seven candles in a kinara symbolize the seven principles of Kwanzaa
wiki/Kwanzaa
4.16.n18
(1966) The first Kwanzaa holiday is celebrated.
Also on this day,

American fighter Jack Johnson, the son of two former slaves, defeats Canadian Tommy Burns in Sydney, Australia. The fight lasts 14 rounds until police stop it and the title is awarded to Johnson on a referee’s decision. Johnson will hold the title until 1915 when he’ll lose a grueling fight with a working cowboy.

The 33rd president of the US dies of multiple-organ failure after several weeks in the hospital. His wife, Bess, will opt for a small private burial in their hometown of Independence, Missouri, instead of a state funeral in DC, thinking it a more fitting goodbye for the down-to-earth Truman.

A 9.3 magnitude underwater earthquake off the coast of Sumatra creates huge tsunamis that devastate Sri Lanka, India, Thailand, and other areas in the Indian Ocean, killing more than 230,000 people. Many of the countries hit lack tsunami warning systems, so people have little time to escape the deadly walls of water.

(1972) Former US President Harry Truman dies at age 88
The 33rd president of the US dies of multiple-organ failure after several weeks in the hospital. His wife, Bess, will opt for a small private burial in their hometown of Independence, Missouri, instead of a state funeral in DC, thinking it a more fitting goodbye for the down-to-earth Truman.
Harry S. Truman was an American statesman who served as the 33rd President of the United States, taking the office upon the death of Franklin D. Roosevelt. A World War I veteran, he assumed the presidency during the waning months of World War II and the beginning of the Cold War. He is known for implementing the Marshall Plan to rebuild the economy of Western Europe, the establishment of the Truman Doctrine and NATO against Soviet and Chinese communism, and for intervening in the Korean War. In domestic affairs, he was a moderate Democrat whose liberal proposals were a continuation of Franklin Roosevelt's New Deal, but the conservative-dominated Congress blocked most of them. He used the veto power 180 times, more than any president since then, and saw 12 overridden by Congress; only Grover Cleveland and Franklin D. Roosevelt used the veto so often, and only Gerald Ford and Andrew Johnson saw so many veto overrides. He is the only world leader to have used nuclear weapons in war. He desegregated the U.S. Armed Forces, supported a newly independent Israel, and was a founder of the United Nations. 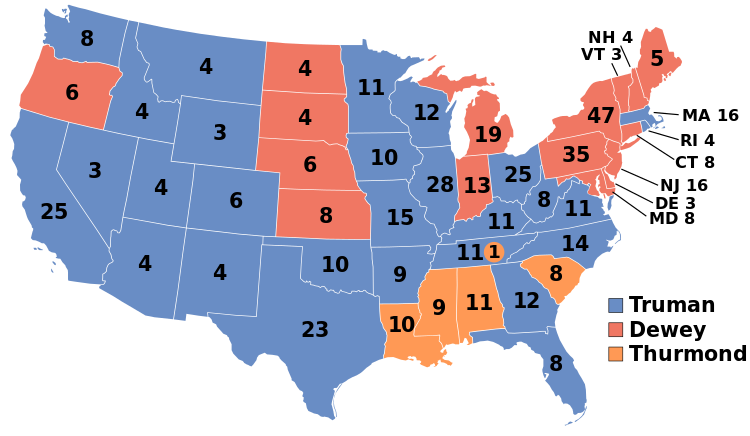