(1898) Pierre and Marie Curie discover the element radium
The husband-wife team discovers the existence of the radioactive element radium. The pair will win a Nobel Prize for their work with radiation, making Madame Curie the first woman to win a Nobel, and she’ll win another a few years later. Marie Curie will die from radiation exposure in 1934.
Radium is a chemical element with symbol Ra and atomic number 88. It is the sixth element in group 2 of the periodic table, also known as the alkaline earth metals. Pure radium is silvery-white, but it readily reacts with nitrogen on exposure to air, forming a black surface layer of radium nitride. All isotopes of radium are highly radioactive, with the most stable isotope being radium-226, which has a half-life of 1600 years and decays into radon gas. When radium decays, ionizing radiation is a product, which can excite fluorescent chemicals and cause radioluminescence.

Marie and Pierre Curie experimenting with radium, a drawing by André Castaigne
wiki/Radium
4.16.n18
(1898) Pierre and Marie Curie discover the element radium.
Also on this day,

James Naismith nails two peach baskets to the balcony of the gym at the YMCA Training School in Springfield, MA, hands his students a soccer ball, and makes sports history with his new game. Basketball will catch on quickly, spreading to colleges and fledgling professional leagues within a few years.

1913 | The first crossword puzzle is published

Arthur Wynne introduces a new puzzle called ‘Word-Cross’ in the New York World newspaper’s ‘Fun’ section. The diamond-shaped grid has numbered squares, clues, and simple instructions to fill the blanks. A typographical error a few weeks later will change the name to ‘Cross-Word.’ That one will stick.

Having previously declared independence from the USSR, 11 Soviet republics proclaim the creation of a new alliance, the Commonwealth of Independent States. The Republic of Georgia, dealing with a civil war, abstains. Soviet leader Mikhail Gorbachev will step down a few days later and the Soviet Union will dissolve.

(1991) Eleven of 12 former Soviet republics form commonwealth
Having previously declared independence from the USSR, 11 Soviet republics proclaim the creation of a new alliance, the Commonwealth of Independent States. The Republic of Georgia, dealing with a civil war, abstains. Soviet leader Mikhail Gorbachev will step down a few days later and the Soviet Union will dissolve.
The Commonwealth of Independent States, also called the Russian Commonwealth, is a loose confederation of 9 member states and 2 associate members that are located in Eurasia, formed during the dissolution of the Soviet Union, and which were all former Soviet Republics. Georgia withdrew its membership in 2008, while the Baltic states, which regard their membership in the Soviet Union as an illegal occupation, chose not to participate. 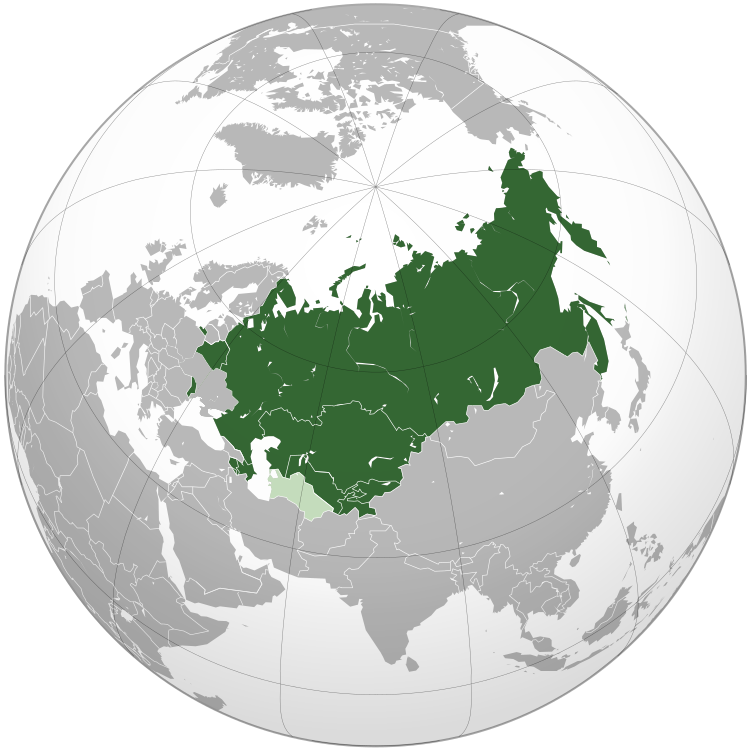