(1963) John F. Kennedy is buried at Arlington National Cemetery
President Kennedy is laid to rest three days after his assassination in Dallas. Thousands line the streets of Washington, DC, to watch Kennedy’s casket pass by on a horse-drawn caisson. During the solemn procession, Kennedy’s 3-year-old son John Jr. steps forward and salutes his father a final time.

Representatives from over 90 countries attended the state funeral on Monday, November 25. After the Requiem Mass at St. Matthew’s Cathedral, the late president was buried at Arlington National Cemetery in Virginia. 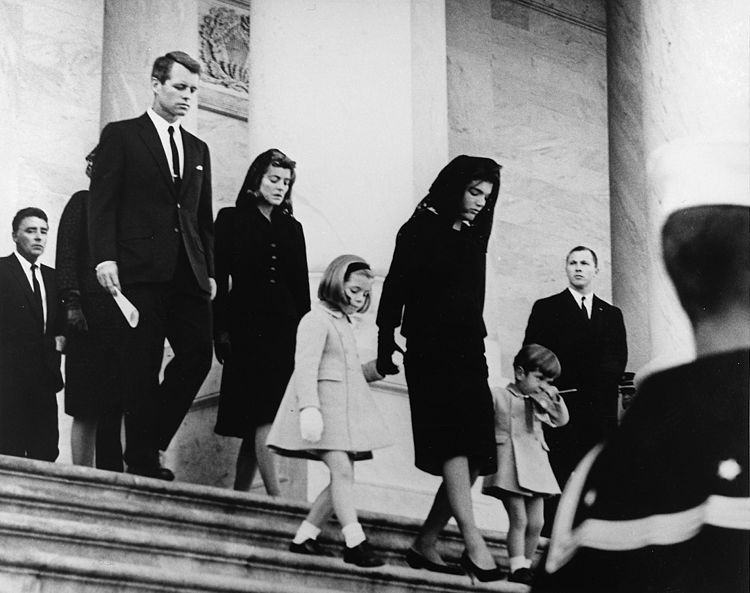