(1066) A Norman duke bent on conquest lands in England
Duke William I of Normandy and his invasion force land at Pevensey on the Sussex coast to begin what will be nothing less than the conquest of England. By Christmas, ‘William the Conqueror’ is crowned king in London’s Westminster Abbey as England’s age of Anglo-Saxon rule ends.
William I, usually known as William the Conqueror and sometimes William the Bastard, was the first Norman King of England, reigning from 1066 until his death in 1087. A descendant of Rollo, he was Duke of Normandy from 1035 onward. After a long struggle to establish his power, by 1060 his hold on Normandy was secure, and he launched the Norman conquest of England six years later. The rest of his life was marked by struggles to consolidate his hold over England and his continental lands and by difficulties with his eldest son. 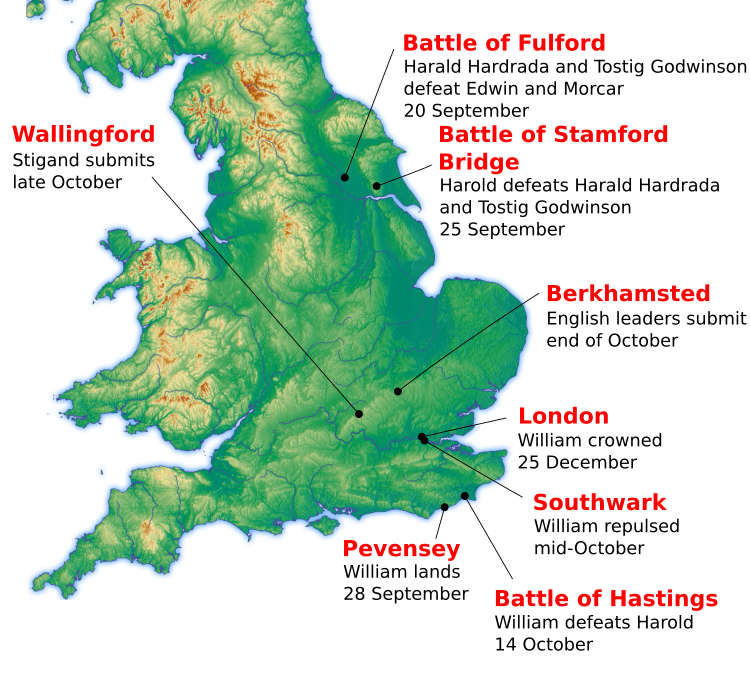 1928 | Bacteria finally, and accidentally, meet their match as Penicillin discovered by Alexander Fleming

On his return from vacation, Scottish biologist Alexander Fleming finds a staphylococci culture has been sullied by a mold that is destroying the bacteria. With this accidental discovery, Fleming has found penicillin, an antibiotic that will change the world and save countless lives.

Roy Lichtenstein’s new art exhibition includes a big, bold diptych titled, quite appropriately, ‘Whaam!’ Zooming across canvas is the artist’s reworking of a panel from a war comic book. At once shocking, amusing, and utterly modern, it will become one of pop art’s emblematic works.

The Australian singer—and ‘Grease’ star—releases the saucy single and its suggestive fitness-themed video. The song will become her biggest US hit, topping Billboard’s singles chart for 10 weeks.

(1928) Bacteria finally, and accidentally, meet their match
On his return from vacation, Scottish biologist Alexander Fleming finds a staphylococci culture has been sullied by a mold that is destroying the bacteria. With this accidental discovery, Fleming has found penicillin, an antibiotic that will change the world and save countless lives.
Sir Alexander Fleming FRS FRSE FRCS was a Scottish physician, biologist, pharmacologist and botanist. His best-known discoveries are the enzyme lysozyme in 1923 and the world's first antibiotic substance benzylpenicillin from the mould Penicillium notatum in 1928, for which he shared the Nobel Prize in Physiology or Medicine in 1945 with Howard Florey and Ernst Boris Chain. He wrote many articles on bacteriology, immunology, and chemotherapy. 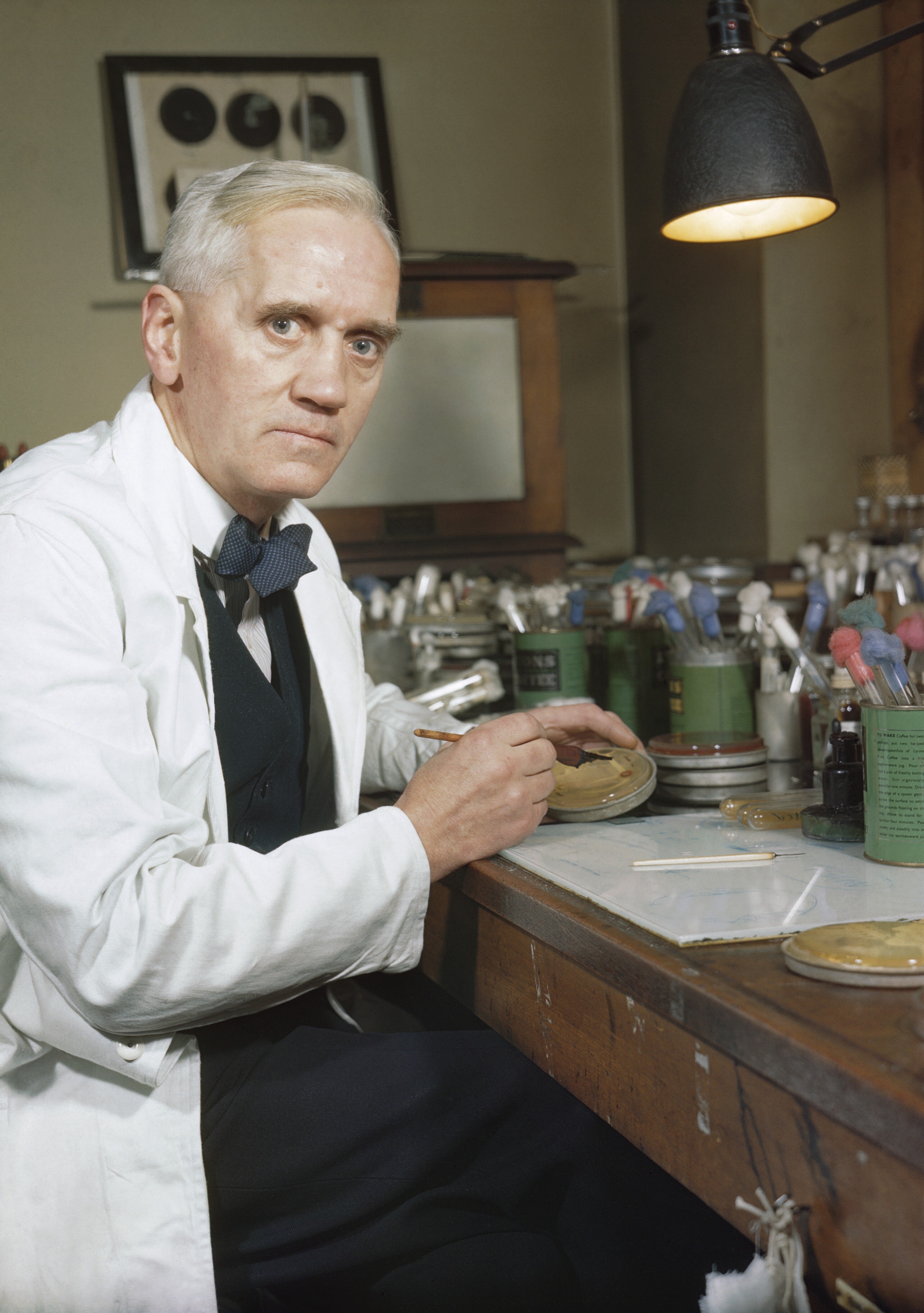 Synthetic Production of Penicillin Professor Alexander Fleming, holder of the Chair of Bacteriology at London University, who first discovered the mould Penicillin Notatum. Here in his laboratory at St Mary's, Paddington, London.