The Shawshank Redemption is a 1994 American drama film written and directed by Frank Darabont, based on the 1982 Stephen King novella Rita Hayworth and Shawshank Redemption. It tells the story of banker Andy Dufresne (Tim Robbins), who is sentenced to life in Shawshank State Penitentiary for the murder of his wife and her lover, despite his claims of innocence. Over the following two decades, he befriends a fellow prisoner, contraband smuggler Ellis “Red” Redding (Morgan Freeman), and becomes instrumental in a money laundering operation led by the prison warden Samuel Norton (Bob Gunton). William Sadler, Clancy Brown, Gil Bellows, and James Whitmore appear in supporting roles.

Darabont purchased the film rights to King’s story in 1987, but development did not begin until five years later when he wrote the script over an eight-week period. Two weeks after submitting his script to the Castle Rock Entertainment film studio, Darabont secured a $25 million budget to produce The Shawshank Redemption, which started pre-production in January 1993. While the film is set in Maine, principal photography took place from June to August 1993 almost entirely in Mansfield, Ohio, with the Ohio State Reformatory serving as the eponymous penitentiary. The project attracted many stars of the time for the lead roles including Tom Hanks, Tom Cruise, and Kevin Costner. Thomas Newman provided the film’s score.

While The Shawshank Redemption received positive reviews on its release, particularly for its story and the performances of Robbins and Freeman, it was a box office disappointment, earning only $16 million during its initial theatrical run. Many reasons were cited for its failure at the time, including competition from films such as Pulp Fiction and Forrest Gump, to the general unpopularity of prison films, lack of female characters, and even the title, which was considered to be confusing for audiences. Even so, it went on to receive multiple award nominations, including seven Academy Award nominations, and a theatrical re-release that, combined with international takings, increased the film’s box office gross to $58.3 million.

Over 320,000 VHS copies were shipped throughout the United States, and based on its award nominations and word of mouth, it became one of the top rented films of 1995. The broadcast rights were acquired following the purchase of Castle Rock by the Turner Broadcasting System, and it was shown regularly on the TNT network starting in 1997, further increasing its popularity. The film is now considered to be one of the greatest films of the 1990s. As of 2017, the film is still broadcast regularly, and is popular in several countries, with audience members and celebrities citing it as a source of inspiration, and naming the film as a favorite in various surveys. In 2015, the United States Library of Congress selected the film for preservation in the National Film Registry, finding it “culturally, historically, or aesthetically significant”. 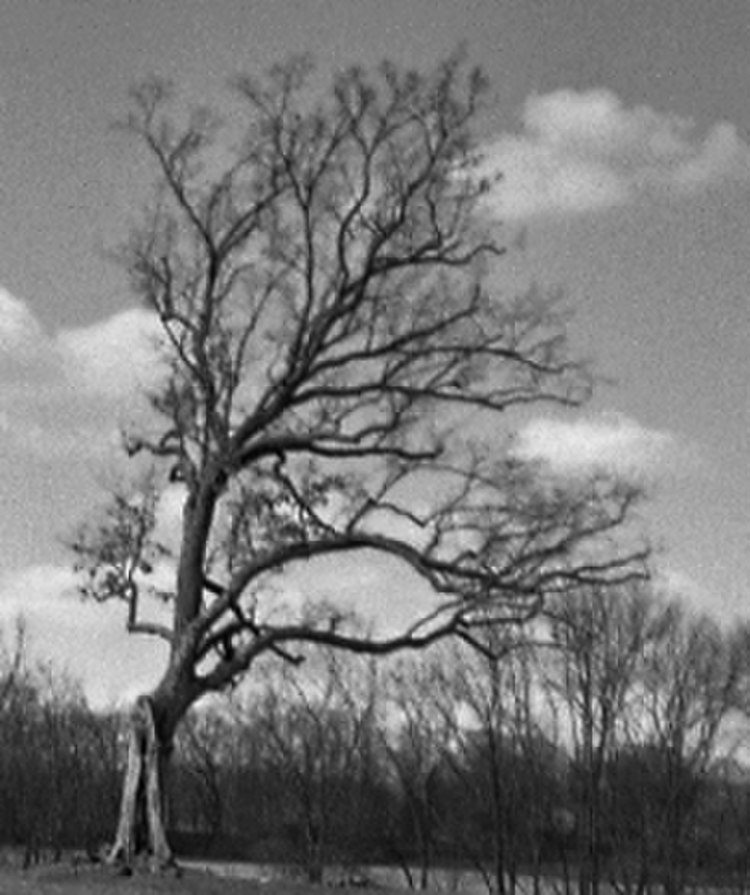 The Shawshank tree after being split by lightning in 2011. It became a symbol of hope for its role in the film
wiki/The_Shawshank_Redemption
4.15.A18
(1994) ‘The Shawshank Redemption’ begins run in US theaters.
Also on this day,

Nine graduates participate in Harvard College’s first commencement exercise as about 14 undergrads, family members, clergy, plus Governor Winthrop of the Massachusetts Bay Company, look on. America’s first college will go on to become one of the world’s most prestigious universities.

1846 | Neptune is plotted, and discovered

French mathematician Urbain Le Verrier has used celestial mechanics to plot the coordinates of a faraway planet that can’t be seen by the naked eye, and today, German astronomer Johann Gottfried Galle’s telescope spies Neptune almost exactly where Le Verrier calculated it would be.

Fusajiro Yamauchi thinks a revival of Japanese card playing would mean good business, so he founds Nintendo Koppai in Kyoto, a company specializing in the Hanafuda card game. A century or so later the firm will gain worldwide success when it evolves into an electronic games company.

(1846) Neptune is plotted, and discovered
French mathematician Urbain Le Verrier has used celestial mechanics to plot the coordinates of a faraway planet that can't be seen by the naked eye, and today, German astronomer Johann Gottfried Galle's telescope spies Neptune almost exactly where Le Verrier calculated it would be.
The planet Neptune was mathematically predicted before it was directly observed. With a prediction by Urbain Le Verrier, telescopic observations confirming the existence of a major planet were made on the night of September 23–24, 1846, at the Berlin Observatory, by astronomer Johann Gottfried Galle (assisted by Heinrich Louis d'Arrest), working from Le Verrier's calculations.