(1962) Former North African colony casts off French rule
Much bloodshed bookends the occupation of Algeria, and the former colony is now independent after 132 years. The largest country in Africa was a valued territory for France, but growing unrest from a mostly Muslim populace leads to uprisings and a seven-year war for independence.
Algeria, officially the People’s Democratic Republic of Algeria, is a sovereign state in North Africa on the Mediterranean coast. The capital and most populous city is Algiers, located in the far north of the country. With an area of 2,381,741 square kilometres, Algeria is the tenth-largest country in the world, and the largest in Africa since South Sudan became independent from Sudan in 2011. Algeria is bordered to the northeast by Tunisia, to the east by Libya, to the west by Morocco, to the southwest by the Western Saharan territory, Mauritania, and Mali, to the southeast by Niger, and to the north by the Mediterranean Sea. The country is a semi-presidential republic consisting of 48 provinces and 1,541 communes. Abdelaziz Bouteflika has been President since 1999. 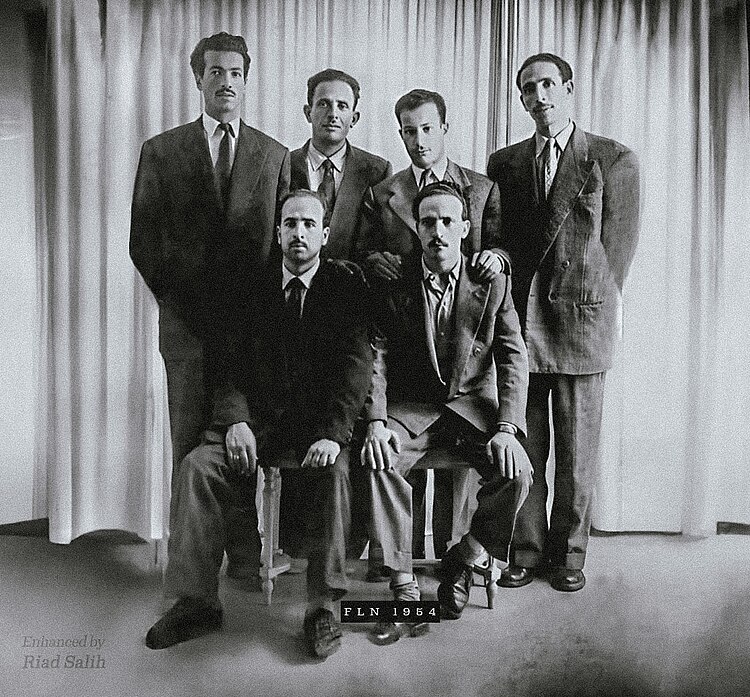 1946 | A two-piece swimsuit makes an explosive debut in Paris

Louis Réard’s abbreviated two-piece swimwear design debuts in a fashion show held at Paris’ Molitor Pool. Réard names his creation, cut from 30 square inches of fabric, after the recent nuclear bomb tests on Bikini Atoll, explaining, “like the bomb, the bikini is small and devastating.”

Arthur Ashe grew up in Richmond, Virginia, as a skinny kid whose father forbade him to play football, but ‘Bones’ took easily to tennis and began practicing with a racket at age 7. Ashe’s dedication to the sport culminates with the first Wimbledon men’s singles win by an African American.

Two years after his polarizing presence at the Iran-Contra hearings, retired US Lt. Colonel Oliver North is sentenced on three felony counts, one of which is for obstruction. His three-year suspended prison sentence and $150,000 fine will be overturned a year later with the help of the American Civil Liberties Union.