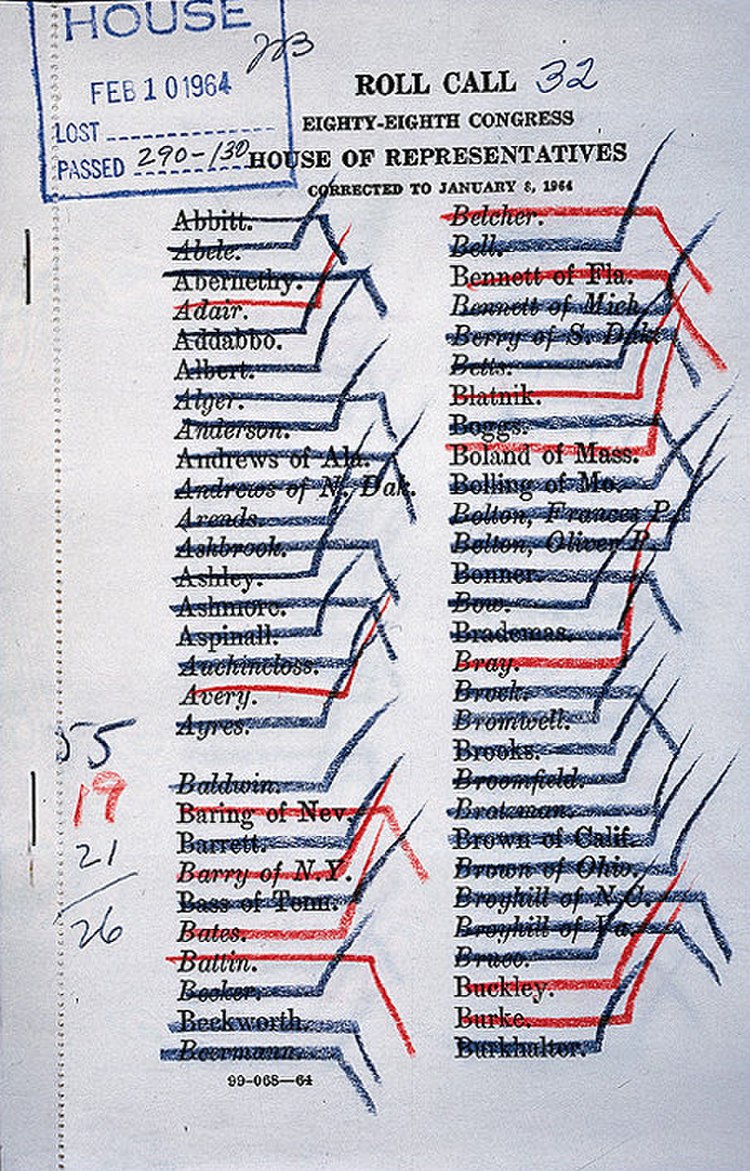 The record of the roll call vote kept by the House Clerk on final passage of the bill
wiki/Civil_Rights_Act_of_1964
4.12.j18
(1964) Landmark US Civil Rights Act becomes law.
Also on this day,

1839 | Africans escape their chains and commandeer a slave ship

Led by Sengbe Pieh, 53 Africans stage a revolt and capture their transport, the slave ship Amistad, 20 miles off the coast of Cuba. Pieh, also known as Joseph Cinqué, will later stand trial in front of the US Supreme Court where he will successfully petition for his and his fellow captives’ freedom.

With a small entourage including Abraham Lincoln’s son Robert Todd Lincoln, President James Garfield waits to catch a train in Washington, DC, when Charles Guiteau shoots him twice in the back at point-blank range. America’s 20th president will die more than two months later.

Italian engineer Guglielmo Marconi, age 23, is awarded a patent in London for a new form of wireless telegraphy, bringing ‘Improvements in Transmitting Electrical impulses and Signals and in Apparatus therefor.’ Marconi’s device will become known by its more common name, the radio.