(1963) Kennedy is a Berliner in key Cold War speech
Almost two years after communist East Germany built a wall separating East and West Berlin, US President John F. Kennedy speaks in front of a crowd of 450,000 in West Berlin and assures the city, surrounded by Soviet-backed East Germany, ‘Ich bin ein Berliner,’ or, ‘I am a Berliner.’
“Ich bin ein Berliner” is a quotation of U.S. President John F. Kennedy, in a speech given on June 26, 1963, in West Berlin. It is widely regarded as the best-known speech of the Cold War and the most famous anti-communist speech. Kennedy aimed to underline the support of the United States for West Germany 22 months after Soviet-supported East Germany erected the Berlin Wall to prevent mass emigration to the West. The message was aimed as much at the Soviets as it was at Berliners and was a clear statement of U.S. policy in the wake of the construction of the Berlin Wall. Another phrase in the speech was also spoken in German, “Lasst sie nach Berlin kommen”, addressed at those who claimed “we can work with the Communists”, a remark at which Nikita Khrushchev scoffed only days later. 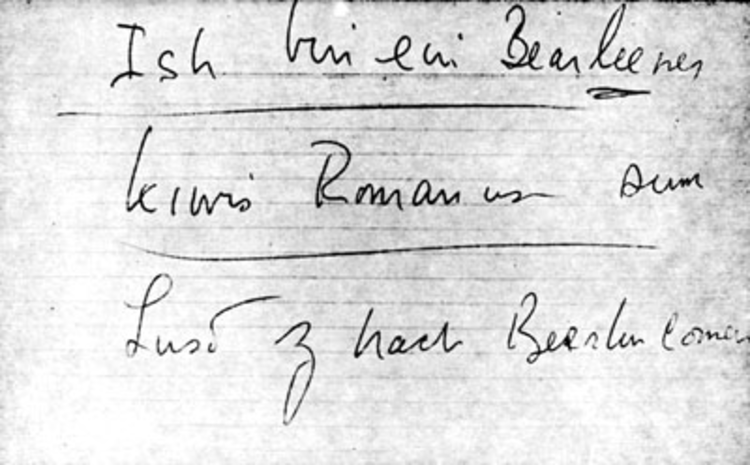 The House of York sends their last king to the throne of England, as Richard III begins his rule. His reign will be brief, ending two years later at the Battle of Bosworth Field, but his infamy will live on, as a future scribe named Shakespeare will find inspiration in Richard’s reputed villainy.

Madagascar gains full independence from France, which had first invaded the island in 1883. It had been a self-governing republic since 1958, but would now become a fully independent state, led by President Philibert Tsiranana.

A boy learns he is not merely a muggle, and is summoned to study at a school of sorcery, in the debut children’s novel published on this day by an unknown British writer. ‘Harry Potter and the Philosopher’s Stone’ will spawn six sequels and make a household name of author J.K. Rowling.