(1900) Anti-foreigner rebellion traps thousands in Peking siege
A long-brewing battle between Chinese nationalists and foreign powers looking to control China’s economy and change its religious landscape erupts into a violent siege when forces of the Boxer Rebellion surround the Legation Quarter of Peking for what will be 55 days of intense battle.
The Siege of the International Legations occurred in the summer of 1900 in Peking, the capital of the Qing Empire, during the Boxer Rebellion. Menaced by the Boxers, an anti-Christian, anti-foreign peasant movement, 900 soldiers, marines, and civilians, largely from Europe, Japan, and the United States, and about 2,800 Chinese Christians took refuge in the Peking Legation Quarter. The Qing government took the side of the Boxers. The foreigners and Chinese Christians in the Legation Quarter survived a 55-day siege by the Qing Army and Boxers. The siege was broken by an international military force which marched from the coast of China, defeated the Qing army, and occupied Peking. The siege was called by the New York Sun “the most exciting episode ever known to civilization.” 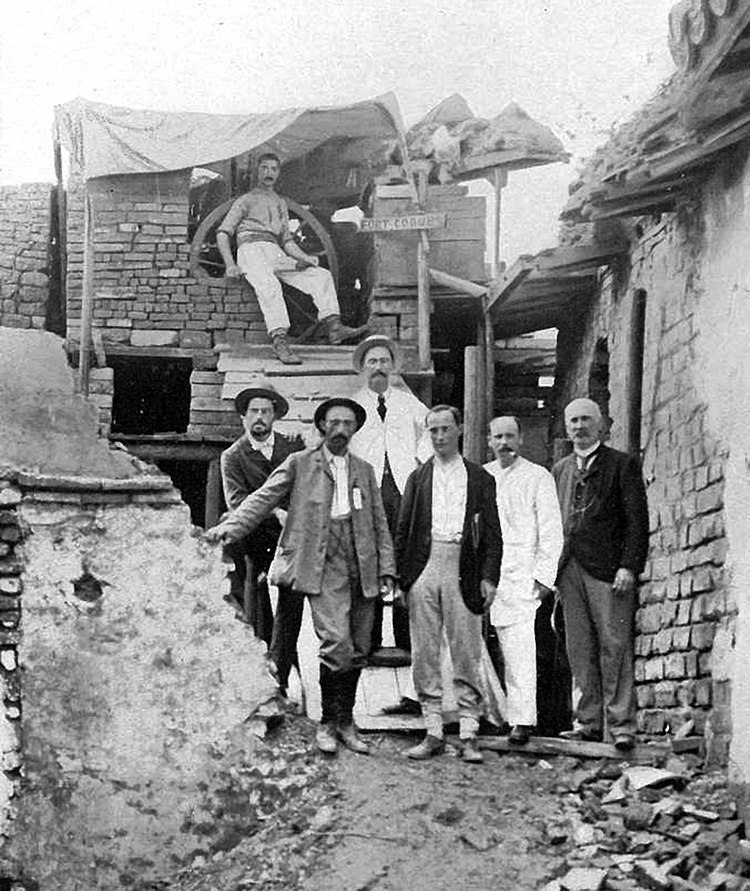 Following a sensational Massachusetts murder trial, Lizzie Borden, 32, is cleared of charges that she killed her father and stepmother with multiple blows from a hatchet. Borden will never shake off the notoriety, however, inspiring a gruesome folk rhyme still sung today.

A drive-by shooter unloads nine rounds through the front window of a Beverly Hills home, instantly killing notorious gangster Bugsy Siegel. A founder of the small but promising Las Vegas casino scene, the pal of movie stars and moguls, and head of the Mafia’s west coast syndicate, is dead at 41.