(1949) Big Brother is watching you as ‘1984’ is published
Newspeak, thoughtcrimes, and Big Brother are introduced as George Orwell’s vision of a dystopian future is published. ‘Nineteen Eighty-Four’ will be seen as both a great literary work and an accurate warning of the “double plus ungood” rise of totalitarianism and surveillance.
Nineteen Eighty-Four, often published as 1984, is a dystopian novel published in 1949 by English author George Orwell. The novel is set in the year 1984 when most of the world population have become victims of perpetual war, omnipresent government surveillance and public manipulation. 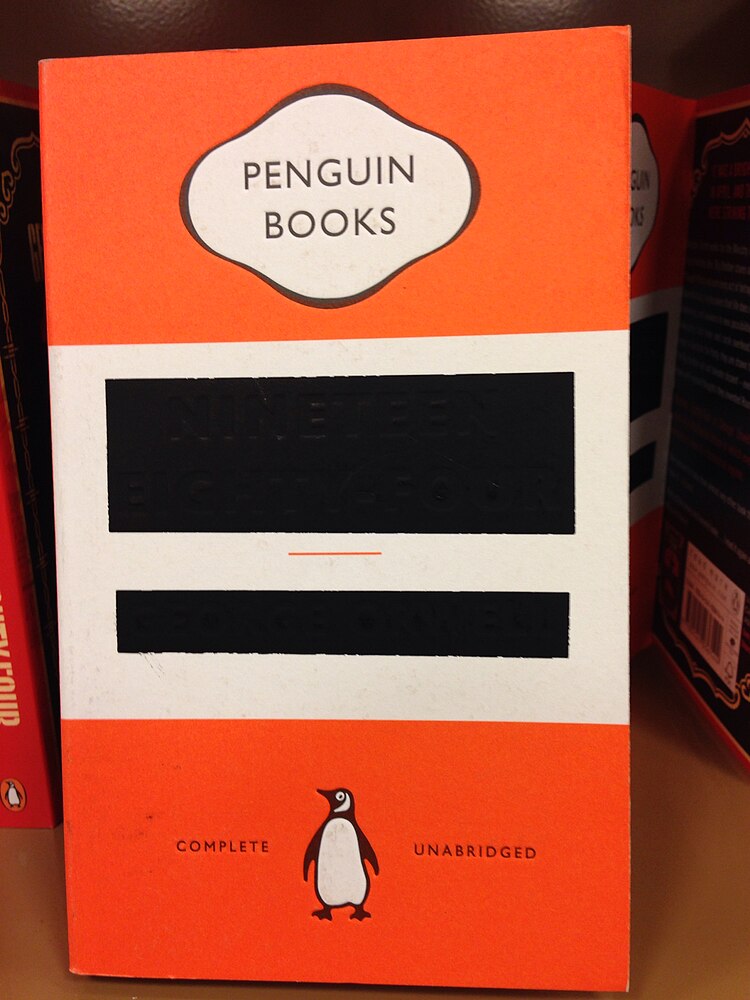 A 21st-century printing by Penguin Books with an intentionally censored cover
wiki/Nineteen_Eighty-Four
4.12.j18
(1949) Big Brother is watching you as ‘1984’ is published.
Also on this day,
793 | Vikings invade England

The Kingdom of Northumbria sees uninvited guests arrive on Lindisfarne, an island off of England’s northeast coast. What these ‘Northmen’ do there, including destroying the abbey and killing its monks, will jolt Europe and earn the Vikings a fierce reputation for the ages.

Three thousand letters streak through the sky at 600 mph, encased in a guided missile shot from the nuclear submarine USS Barbero. This newfangled airmail travels a distance of more than 100 miles in 22 minutes, but Missile Mail delivery will prove cost-prohibitive and won’t catch on.

Two months after civil rights leader Martin Luther King, Jr. was gunned down in Memphis, Tennessee, his suspected assassin is apprehended at London’s Heathrow Airport. James Earl Ray will be extradited back to the US, stand trial, and be convicted and sentenced to 99 years in prison.