(1944) Allied invasion of Europe begins
Four years and two days after Allied forces evacuated from the European mainland, they return in the Normandy landings, the largest amphibious military assault in history. By the end of the day, 5,000 vessels land 160,000 troops on the French coastline, launching the push to defeat Germany.
The Normandy landings were the landing operations on Tuesday, 6 June 1944 of the Allied invasion of Normandy in Operation Overlord during World War II. Codenamed Operation Neptune and often referred to as D-Day, it was the largest seaborne invasion in history. The operation began the liberation of German-occupied northwestern Europe from Nazi control, and laid the foundations of the Allied victory on the Western Front. 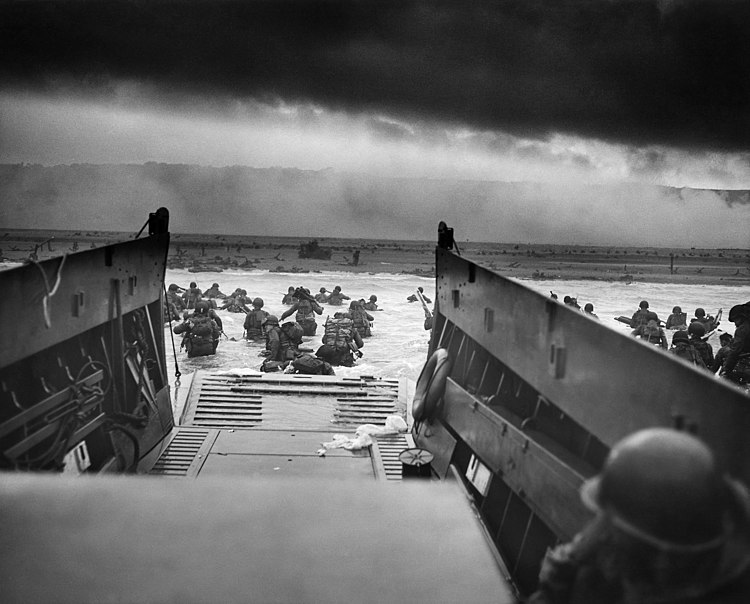