(1967) Israel launches preemptive attack on Egyptian air power
Citing an Arab military build-up near its border with Egypt, Israel launches air strikes on Egyptian airfields, destroying upwards of 400 aircraft. The Six-Day War will grow to include Syria and Jordan, and Israel will capture the Sinai Peninsula, Gaza Strip, and the Golan Heights.
The Six-Day War, also known as the June War, 1967 Arab–Israeli War, or Third Arab–Israeli War, was fought between 5 and 10 June 1967 by Israel and the neighboring states of Egypt, Jordan, and Syria. 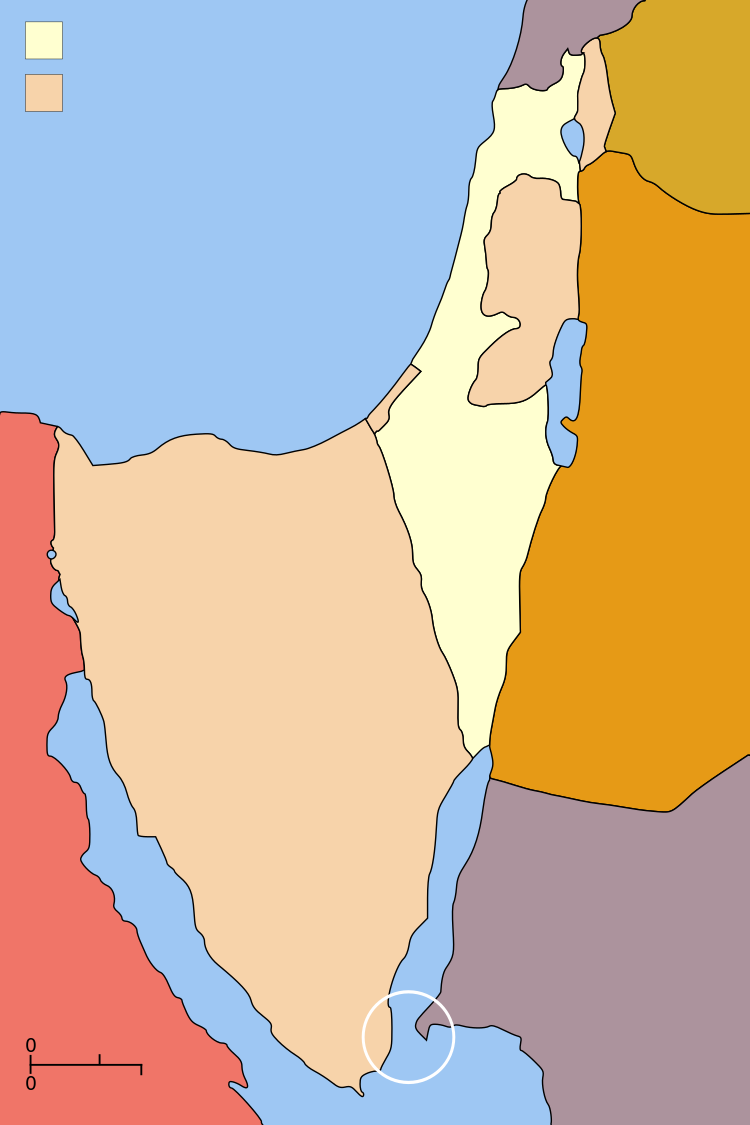 Territory held by Israel before and after the Six Day War. The Straits of Tiran are circled, between the Gulf of Aqaba to the north and the Red Sea to the south.
wiki/Six-Day_War
4.11.j18