(1943) Military men target Latinos in L.A. rioting
Fueled by racism, and what’s perceived as the flaunting of wartime rationing rules, the Zoot Suit Riots flare in Los Angeles as white Marines and Navy sailors attack young Latino men. Other cities will see similar clashes between soldiers and minorities wearing the distinctive suit.
The Zoot Suit Riots were a series of conflicts in June 1943 in Los Angeles, California, United States, which pitted European American servicemen stationed in Southern California against Mexican American youths and other minorities who were residents of the city. 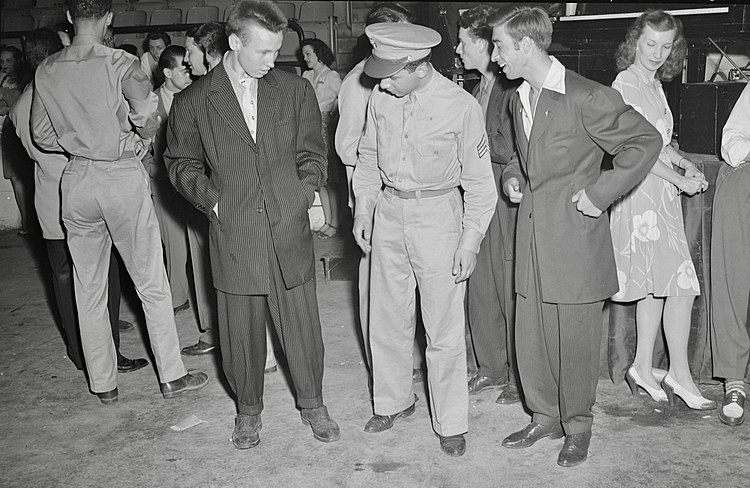