(1919) Anarchist bombs explode in eight US cities
Operatives of Italian anarchist Luigi Galleani detonate package bombs in eight cities, causing property destruction and two deaths. The future US president and his wife, Franklin and Eleanor Roosevelt, narrowly escape a blast, having walked by a package moments before it detonated.
The 1919 United States anarchist bombings were a series of bombings and attempted bombings carried out by anarchist followers of Luigi Galleani from April through June 1919. These bombings led to the Red Scare of 1919–20. 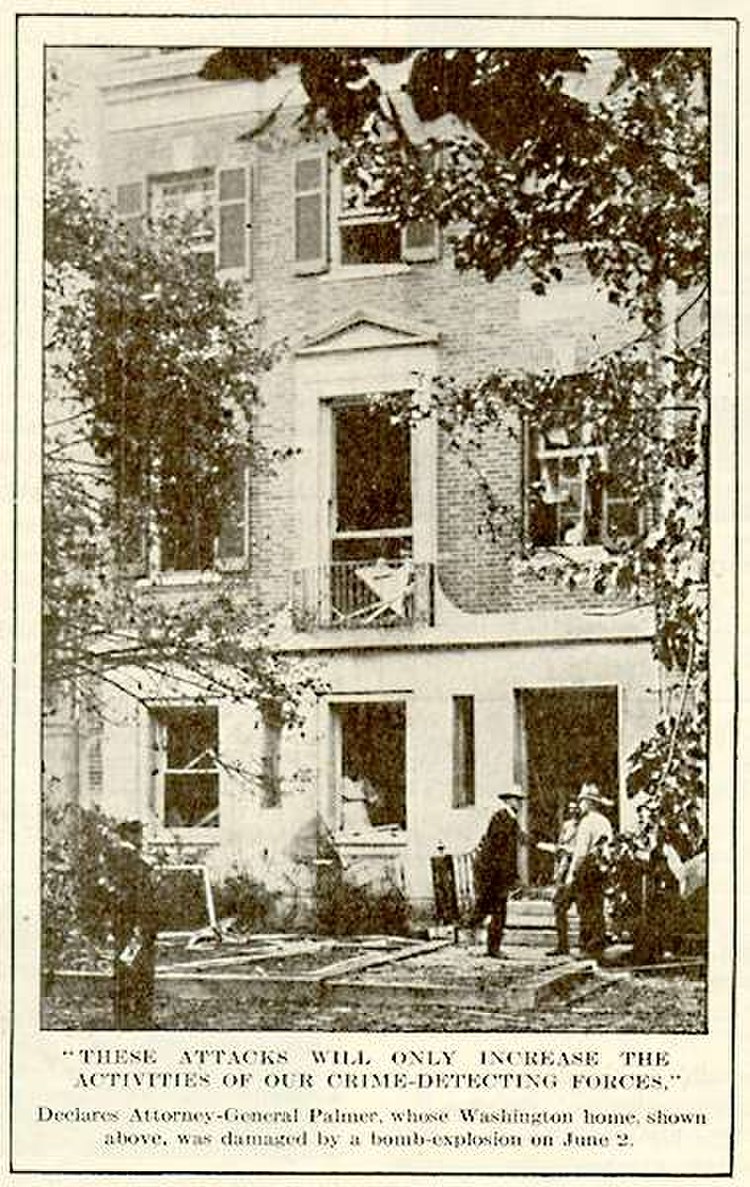