(1972) Assassination attempt fells US presidential candidate
Arthur Bremer shoots Alabama governor and US presidential hopeful George Wallace as he campaigns at a Maryland shopping center. Wallace survives the assassination attempt, but will be paralyzed from the waist down the rest of his life.
George Corley Wallace Jr. was an American politician and the 45th Governor of Alabama, having served two nonconsecutive terms and two consecutive terms as a Democrat: 1963–1967, 1971–1979 and 1983–1987. Wallace has the third longest gubernatorial tenure in post-Constitutional U.S. history, at 16 years and four days. He was a U.S. presidential candidate for four consecutive elections, in which he sought the Democratic Party nomination in 1964, 1972, and 1976, and was the American Independent Party candidate in the 1968 presidential election. As of 2018 he remains the last third-party candidate to receive pledged electoral college votes from any state. 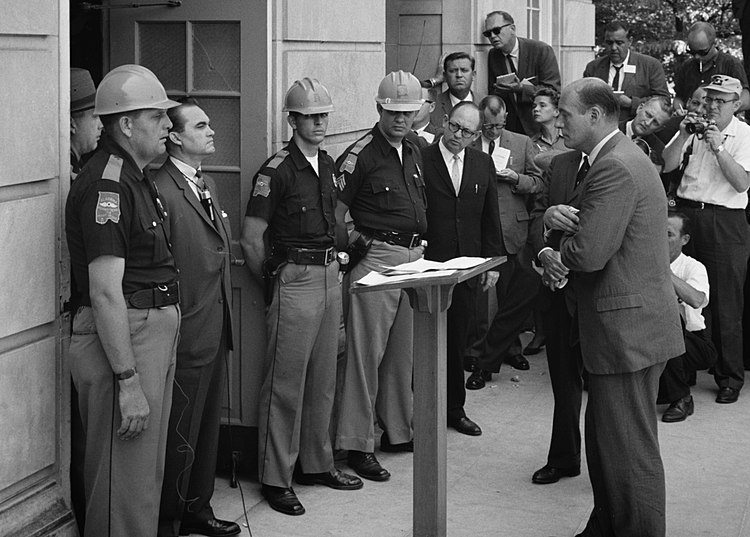 Wallace standing against desegregation while being confronted by Deputy U.S. Attorney General Nicholas Katzenbach at the University of Alabama in 1963
wiki/George_Wallace
4.9.a18