(1942) German sub sinks US ship at mouth of Mississippi
Gliding through the dark waters of the Gulf of Mexico, German submarine U-507 spots the SS Virginia just off the mouth of the Mississippi River, and torpedoes the 10,000-ton tanker, sinking her. Twenty-seven sailors perish in the audacious attack that will shock Americans.
German submarine U-507 was a Type IXC U-boat of Nazi Germany’s Kriegsmarine built for service in the Second World War and the Battle of the Atlantic. She was mainly notable for two patrols she conducted during the “Second Happy Time” in mid-1942, during the first of which she caused havoc in the Gulf of Mexico amongst unprotected American shipping, and then in the second she attacked ships along the coast of Brazil, in an inexplicable and shocking attack on a neutral nation’s shipping in its own waters which almost single-handedly provoked the Brazilian declaration of war on Germany. 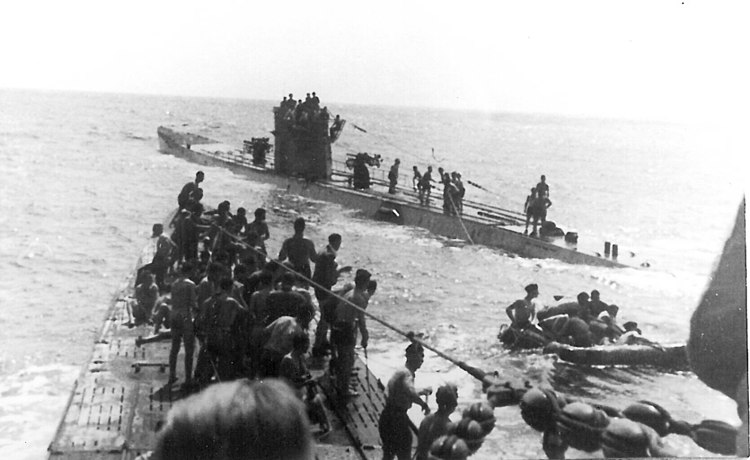