(1872) First female US presidential candidate is nominated
The Equal Rights Party nominates suffragist Victoria Woodhull for president of the United States. Her candidacy, the first ever by a woman in the US, will be derailed a few days before the election when she’s arrested on obscenity charges, but she will try again in subsequent elections.
Victoria Claflin Woodhull, later Victoria Woodhull Martin was an American leader of the women’s suffrage movement. In 1872, Woodhull ran for President of the United States. While many historians and authors agree that Woodhull was the first woman to run for President of the United States, some have questioned that priority given issues with the legality of her run. They disagree with classifying it as a true candidacy because she was younger than the constitutionally mandated age of 35. However, election coverage by contemporary newspapers does not suggest age was a significant issue; this may, however, be due to the fact that no one took the candidacy seriously. 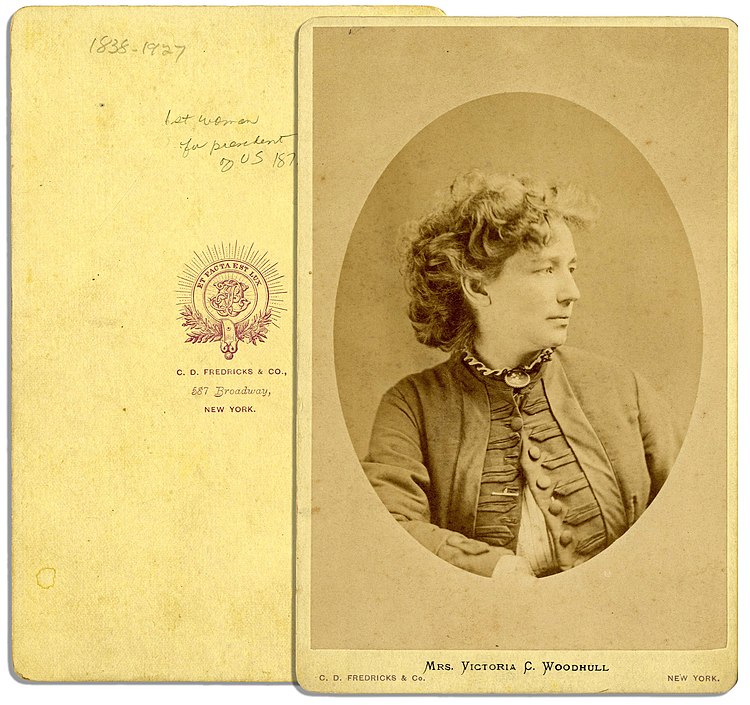