(1979) Thatcher sworn in as Britain’s first female prime minister
The first woman prime minister in British history arrives at at 10 Downing Street after her Conservative Party sweeps the elections. Margaret Thatcher will prove to be one of the country’s longest tenured PMs as well as one of the most controversial.
Margaret Hilda Thatcher, Baroness Thatcher, LG, OM, PC, FRS, FRIC was a British stateswoman who served as Prime Minister of the United Kingdom from 1979 to 1990 and Leader of the Conservative Party from 1975 to 1990. She was the longest-serving British prime minister of the 20th century and the first woman to have been appointed. A Soviet journalist dubbed her the “Iron Lady”, a nickname that became associated with her uncompromising politics and leadership style. As Prime Minister, she implemented policies that have come to be known as Thatcherism. 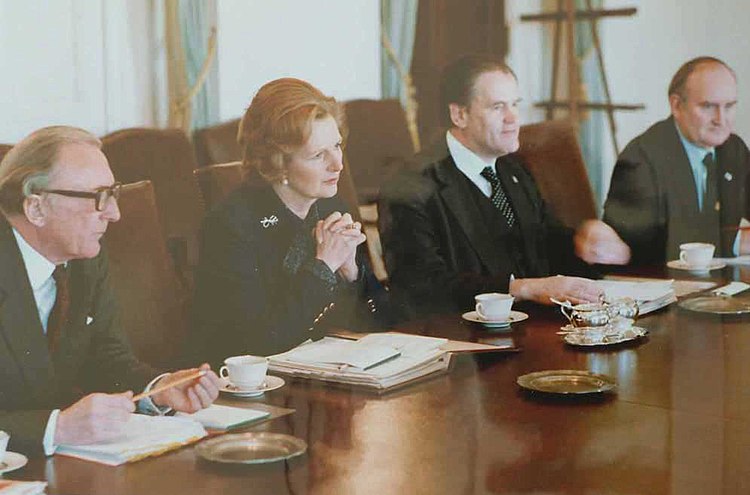