(1945) The Fall of Berlin heralds the beginning of the end of WWII
Soviet Red Army forces raise their flag over the former Nazi high command center, the Reichstag building, as the Battle of Berlin comes to an end. In the months to come, the German capital will be divided into Allied zones, with the USSR controlling East Berlin.
The Battle of Berlin, designated the Berlin Strategic Offensive Operation by the Soviet Union, and also known as the Fall of Berlin, was the final major offensive of the European theatre of World War II. 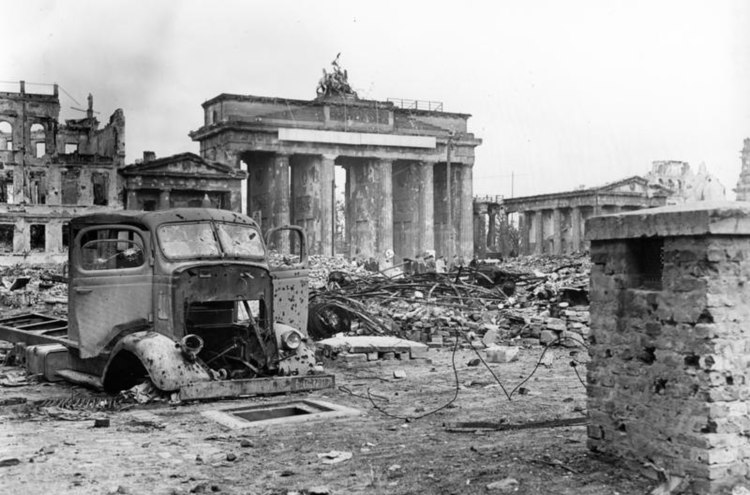