(1776) Bavarian Illuminati society is founded
With Freemason membership beyond his means, Adam Weishaupt founds his own secret society to promote anti-clerical and pro-Enlightenment ideas, the Order of Illuminati. The society will inspire both deep thought and wild conspiracy theories.
The Illuminati is a name given to several groups, both real and fictitious. Historically, the name usually refers to the Bavarian Illuminati, an Enlightenment-era secret society founded on 1 May 1776. The society’s goals were to oppose superstition, obscurantism, religious influence over public life and abuses of state power. “The order of the day,” they wrote in their general statutes, “is to put an end to the machinations of the purveyors of injustice, to control them without dominating them”. The Illuminati—along with Freemasonry and other secret societies—were outlawed through edict, by the Bavarian ruler, Charles Theodore, with the encouragement of the Roman Catholic Church, in 1784, 1785, 1787 and 1790. In the several years following, the group was vilified by conservative and religious critics who claimed that they continued underground and were responsible for the French Revolution. 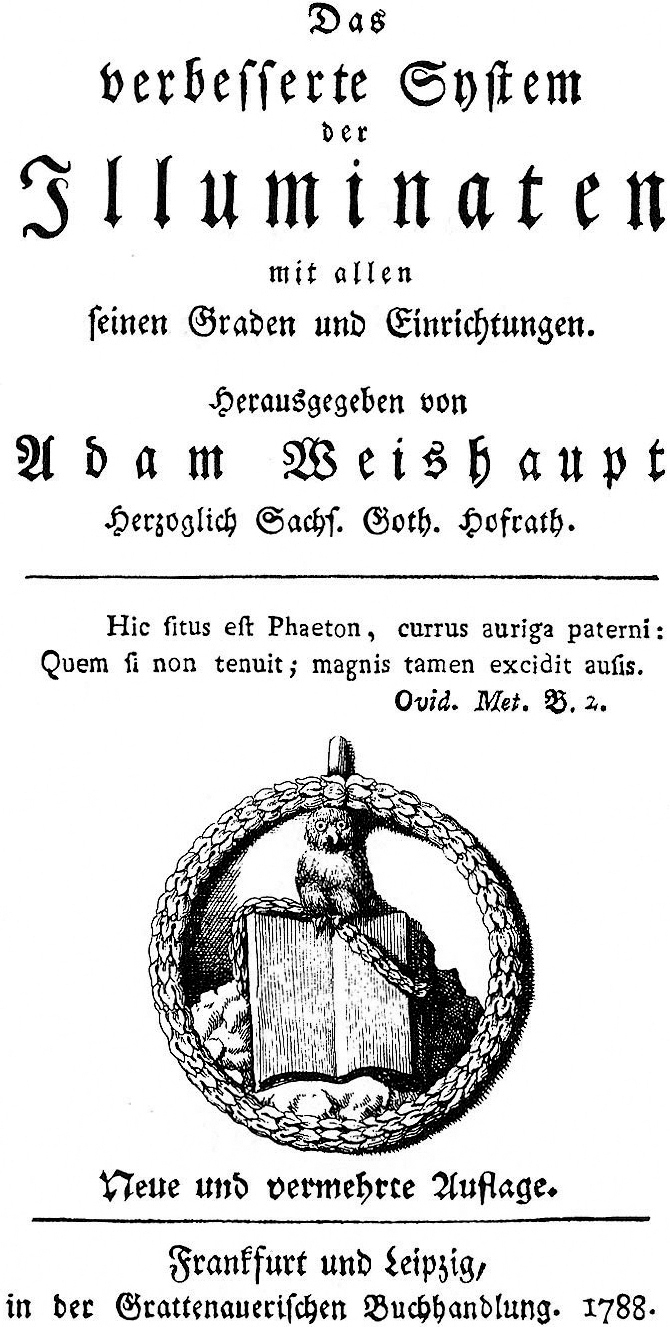 (1851) The Great Exhibition displays 19th-century might and majesty
The Great Exhibition in London’s Hyde Park opens with 13,000 exhibitors of the finest achievements in industry, science, and the arts. The displays stretch over 8 miles of tables inside a massive glass and iron structure dubbed ‘The Crystal Palace.’ The show will attract 6 million visitors.
The Great Exhibition of the Works of Industry of All Nations or The Great Exhibition, sometimes referred to as the Crystal Palace Exhibition in reference to the temporary structure in which it was held, was an international exhibition that took place in Hyde Park, London, from 1 May to 15 October 1851. It was the first in a series of World’s Fairs, exhibitions of culture and industry that became popular in the 19th century, and it was a much anticipated event. The Great Exhibition was organized by Henry Cole and Prince Albert, husband of the reigning monarch, Queen Victoria. It was attended by famous people of the time, including Charles Darwin, Samuel Colt, members of the Orléanist Royal Family and the writers Charlotte Brontë, Charles Dickens, Lewis Carroll, George Eliot and Alfred Tennyson. Music for the opening was under the direction of Sir George Thomas Smart and the continuous music from the exhibited organs for the Queen’s procession was “under the superintendence of William Sterndale Bennett”.

(1886) Workers strike and rally for rights in major US cities
Sixty-hour workweeks at poverty wages inspire marchers to mass in Chicago, New York, Milwaukee, and other American cities. Among their demands are an 8-hour workday and better labor conditions. The strikes and rallies will inspire International Worker’s Day.

The purpose of the May Day Strike was to bring pressure on employers and state governments to create an eight-hour workday. During this period, workers commonly spent twelve or more hours of each day at work. Unions, especially the Federation of Organized Trades and Labor Unions of the United States and Canada — the predecessor of the American Federation of Labor, encouraged workers to strike on May 1, 1886, to demonstrate the need for an eight-hour day. The strike was to last a single day, although numerous workers remained away from their jobs for several weeks.

The May Day Strike had some success. In Cincinnati, some employers, hoping to avoid the strike, granted their workers an eight-hour day. Other employers increased workers’ pay. Throughout the late 1800s, May Day Strikes became commonplace. Very quickly similar strikes occurred around the world. The May Day Strikes helped convince United States President Grover Cleveland to implement Labor Day, a holiday that celebrates the American worker. Numerous countries still celebrate May Day today.