(1944) Resistance fighter Nancy Wake parachutes behind enemy lines
British agent Nancy Wake returns to France via parachute drop to help fight the Nazi occupation. The 32-year-old has a history of running risky missions, and she’s become the Gestapo’s most wanted person, with a 5 million-franc price on her head.
Nancy Grace Augusta Wake, AC, GM was a secret agent during the Second World War. Living in Marseilles with her French industrialist husband when the war broke out, Wake slowly became enmeshed with French efforts against the Germans, and worked to get people out of France. Later she became a leading figure in the maquis groups of the French Resistance and was one of the Allies’ most decorated servicewomen. 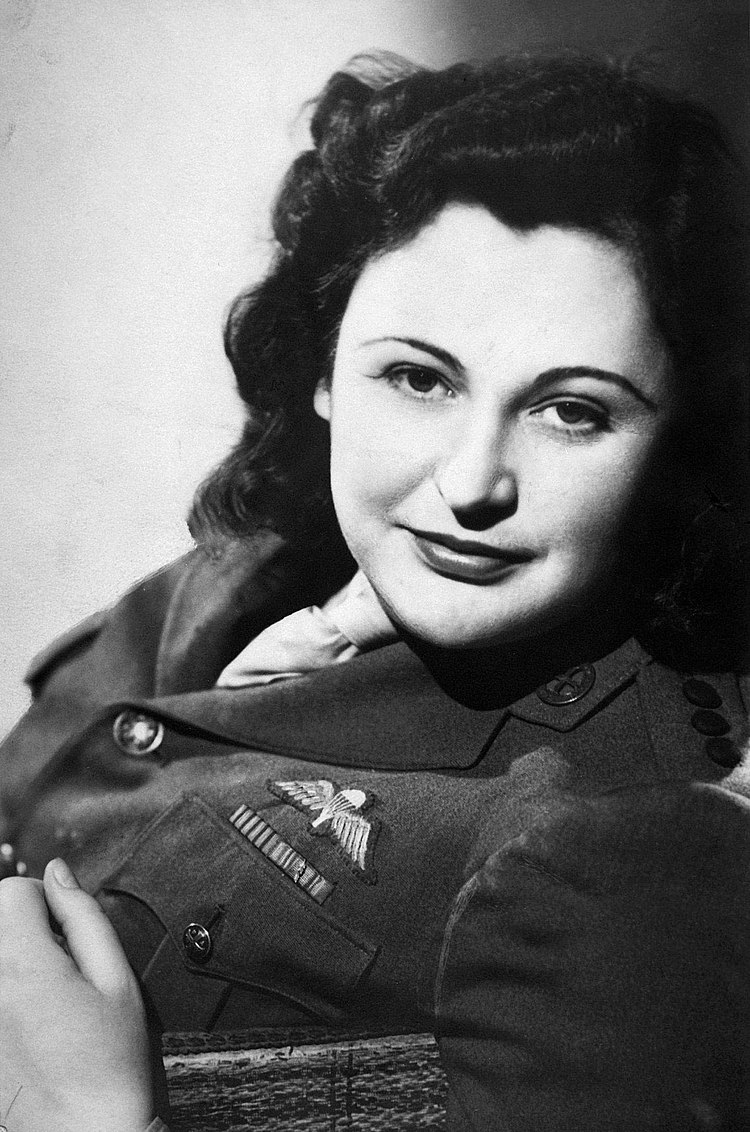 1945. Studio portrait of Nancy Wake, highly decorated woman member of the allied escape route organization in occupied France 1940 – 1943. For her work within the French resistance she was known by the gestapo as the white mouse. She is wearing a British army uniform, that of the first aid nursing yeomanry. (donor n. Forward)
wiki/Nancy_Wake
4.9.a18