(1961) Sierra Leone gains independence
A century and a half after Britain took Sierra Leone as its own, the West African nation becomes an independent country under Prime Minister Milton Margai. The transfer of power is peaceful, and the sun sets earlier on the once globe-spanning British Colonial Empire.
Sierra Leone, officially the Republic of Sierra Leone, is a country in West Africa. It is bordered by Guinea to the northeast, Liberia to the southeast and the Atlantic Ocean to the southwest. Sierra Leone has a tropical climate, with a diverse environment ranging from savanna to rainforests. The country has a total area of 71,740 km² and a population of 7,075,641. It is a constitutional republic with a directly elected president and a directly elected 132 members of a unicameral legislature known as Parliament. 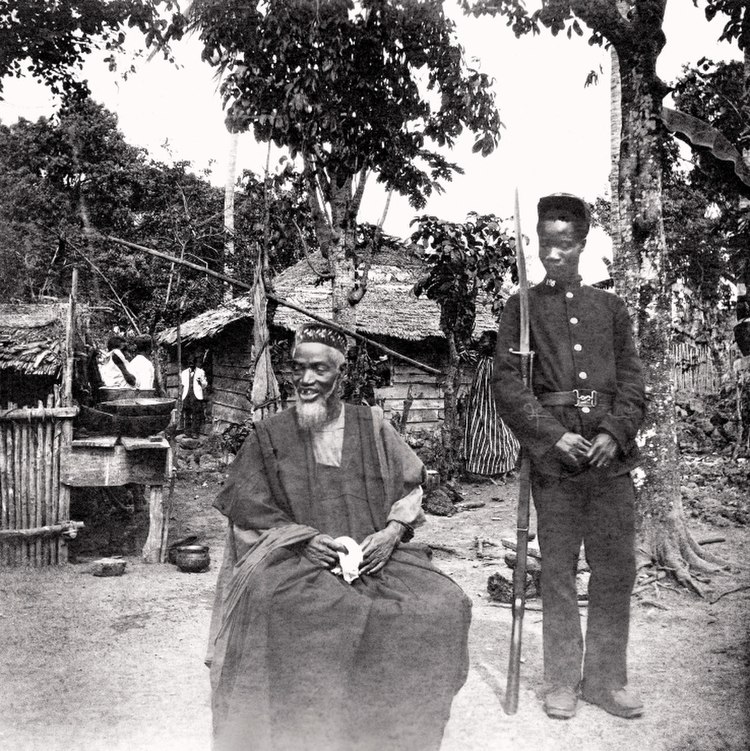 “Bai Bureh, Chief of the Timini when a prisoner at Sierra Leone in 1898. An original photograph by Lieutenant Arthur Greer West India Regiment who died August 7, 1900, when storming a blockade after the relief of Kumassie.” Temne leader Bai Bureh seen here in 1898 after his surrender, sitting relaxed in his traditional dress with a handkerchief in his hands, while a Sierra Leonean Royal West African Frontier soldier stands guard next to him
wiki/Sierra_Leone
4.9.a18