(1775) American Revolutionary War begins
Thirteen colonies enter the bloody struggle to break free from the crown, as British troops arrive in Lexington, Massachusetts, intent on seizing the patriots’ weapons and imprisoning its leaders. Shots are exchanged, eight Americans die, and the war for independence is on.
The American Revolutionary War, also known as the American War of Independence, was a global war that began as a conflict between Great Britain and its Thirteen Colonies which declared independence as the United States of America. 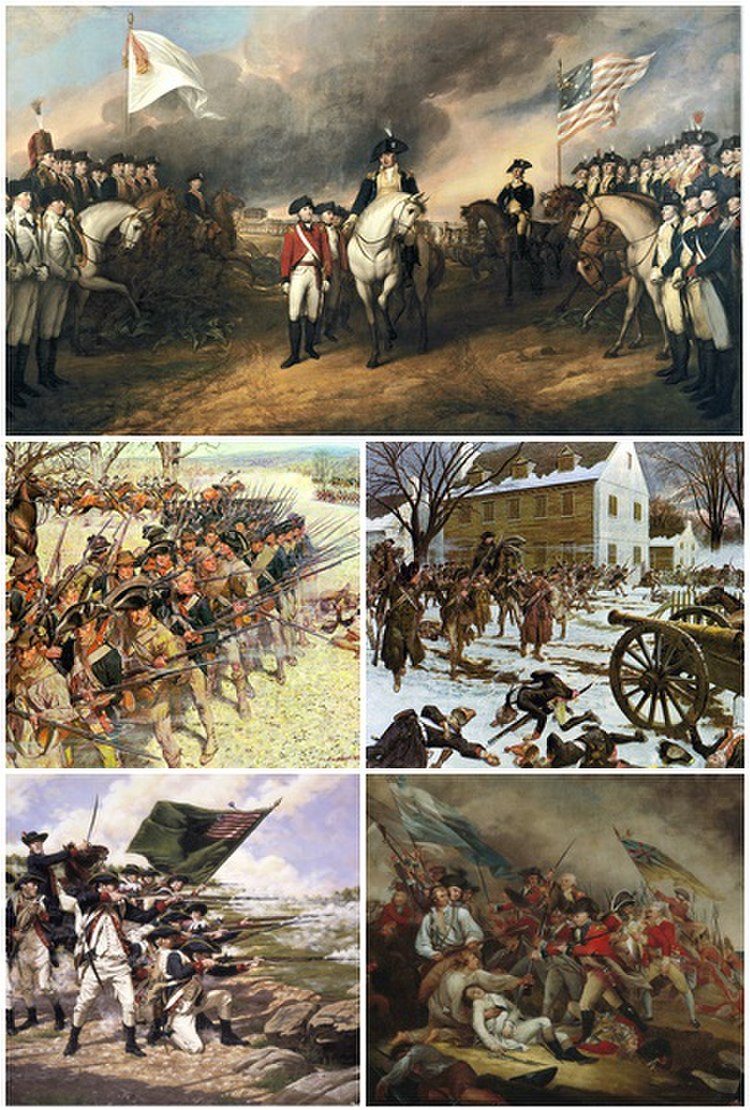 Clockwise: Surrender of Lord Cornwallis after the Siege of Yorktown, Battle of Trenton, The Death of General Warren at the Battle of Bunker Hill, Battle of Long Island, Battle of Guilford Court House
wiki/American_Revolutionary_War
4.9.a18