(1961) Ill-fated US ‘Bay of Pigs’ invasion of Cuba is launched
A huge Cold War blunder begins as around 1,500 CIA-trained anti-Castro Cuban exiles land at the Bay of Pigs on the southern coast of Cuba. Hoping to overthrow Fidel Castro’s communist government, the invasion force will instead face total defeat.
The Bay of Pigs Invasion was a failed military invasion of Cuba undertaken by the Central Intelligence Agency-sponsored paramilitary group Brigade 2506 on 17 April 1961. A counter-revolutionary military group, trained and funded by the CIA, Brigade 2506 fronted the armed wing of the Democratic Revolutionary Front and intended to overthrow the increasingly communist government of Fidel Castro. Launched from Guatemala and Nicaragua, the invading force was defeated within three days by the Cuban Revolutionary Armed Forces, under the direct command of Castro. 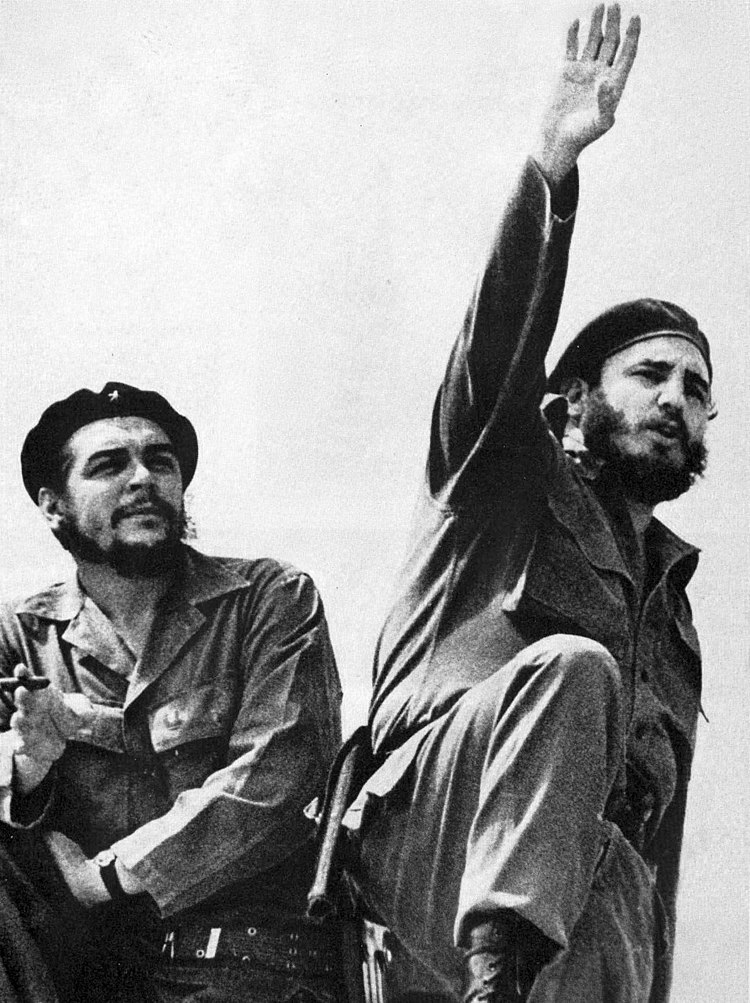 Che Guevara (left) and Castro, photographed by Alberto Korda in 1961.
wiki/Bay_of_Pigs_Invasion
4.9.a18