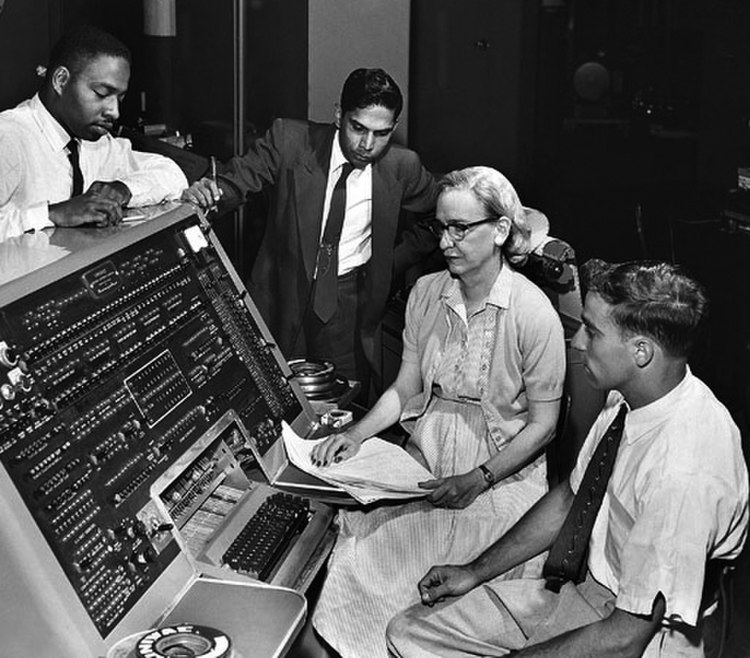 Grace Murray Hopper at the UNIVAC keyboard, c. 1960. Grace Brewster Murray: American mathematician and rear admiral in the U.S. Navy who was a pioneer in developing computer technology, helping to devise UNIVAC I. the first commercial electronic computer, and naval applications for COBOL (common-business-oriented language).
wiki/Grace_Hopper
4.9.a18