(1862) Grant claims major Civil War victory at Shiloh
Casualties numbering 23,000 result from two days of fighting in southwestern Tennessee between Union and Confederate forces, in the bloodiest American conflict to date. Although Gen. Ulysses S. Grant can claim an important Union win, the carnage shocks both sides.
The Battle of Shiloh was a battle in the Western Theater of the American Civil War, fought April 6–7, 1862, in southwestern Tennessee. A Union force known as the Army of the Tennessee had moved via the Tennessee River deep into Tennessee and was encamped principally at Pittsburg Landing on the west bank of the Tennessee River, where the Confederate Army of Mississippi launched a surprise attack on Grant’s army from its base in Corinth, Mississippi. Johnston was mortally wounded during the fighting; Beauregard succeeded to command of the army and decided against pressing the attack late in the evening. Overnight, Grant was reinforced by one of his divisions stationed further north and was joined by three divisions from the Army of the Ohio. The Union forces began an unexpected counterattack the next morning which reversed the Confederate gains of the previous day. 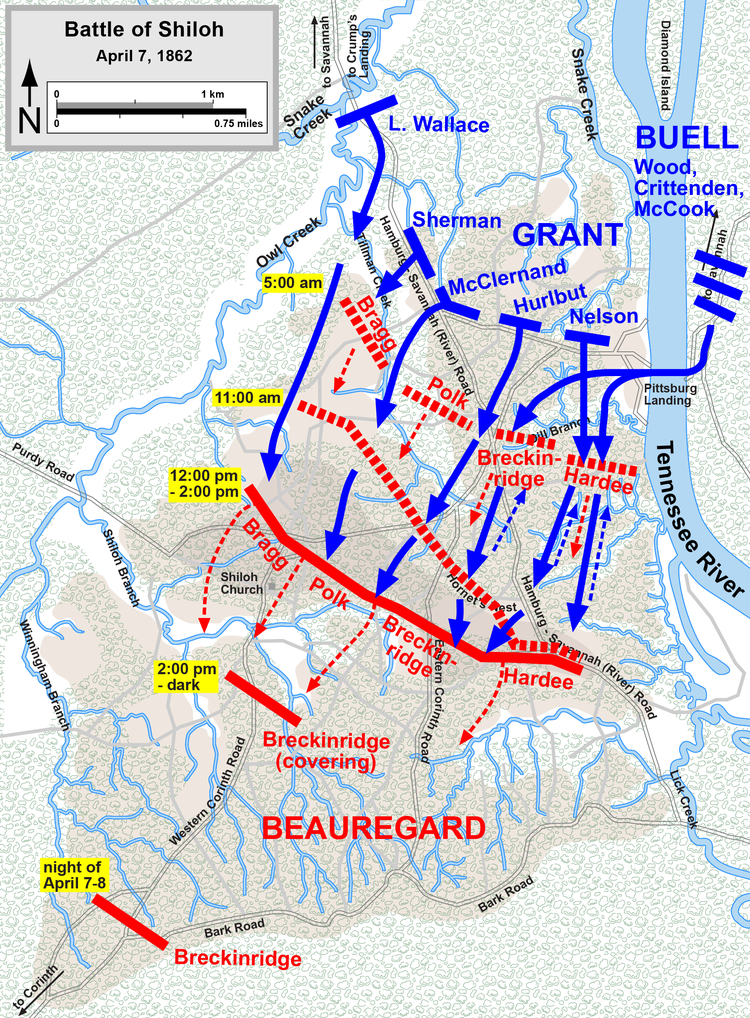