For Pearl Harbor Remembrance Day, we’re at the USS Arizona Memorial in Honolulu, a landmark that sees more than 2 million visitors each year. The memorial can only be reached by boat, since it straddles the sunken hull of the Arizona, which was bombed in the surprise attack on Pearl Harbor on this day in 1941. The event killed 2,403 Americans, and many of their names are inscribed here. The Arizona memorial is undergoing repairs this winter, but it’s slated to reopen to the public in March 2019. A commemoration ceremony is planned nearby for today’s observance.

The USS Halsey at the USS Arizona Memorial in Pearl Harbor 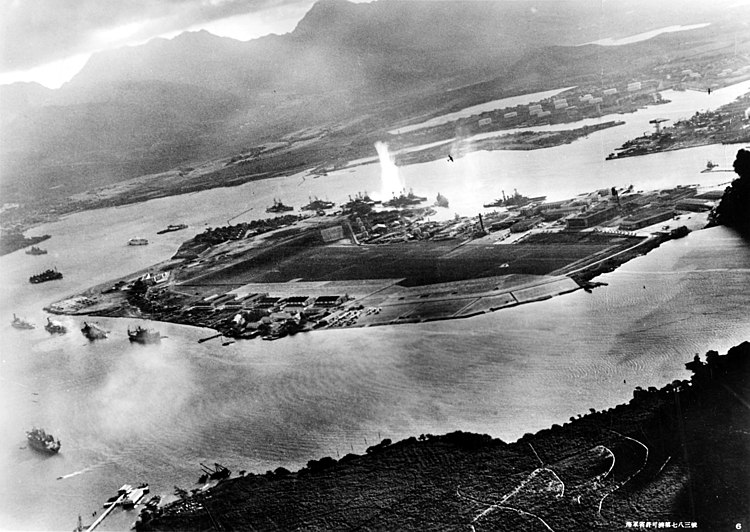