(1991) Tim Berners-Lee weaves a worldwide wonder
British computer scientist Tim Berners-Lee’s proposal for a ‘hypertext project’ comes to fruition at the CERN laboratories in Switzerland with the help of Belgian computer scientist Robert Cailliau, and now the ‘World Wide Web’ is opened to outside users.
The World Wide Web is a global information medium which users can read and write via computers connected to the Internet. The term is often mistakenly used as a synonym for the Internet itself, but the Web is a service that operates over the Internet, just as e-mail also does. The history of the Internet dates back significantly further than that of the World Wide Web. Web is the global information system.

This NeXT workstation (a NeXTcube) was used by Tim Berners-Lee as the first Web server on the World Wide Web. It is shown here as displayed in 2005 at Microcosm, the public science museum at CERN (where Berners-Lee was working in 1991 when he invented the Web).
wiki/History_of_the_World_Wide_Web
4.15.A18
(1991) Tim Berners-Lee weaves a worldwide wonder.
Also on this day,

After many victories over the English during his time fighting the Wars of Scottish Independence, Commander William Wallace has been defeated at the Battle of Falkirk, turned over to the English by Scottish knights, convicted of treason, and is now hanged, drawn, and quartered in London.

Hitler’s Sixth Army is poised to enter Stalingrad as the Nazi Luftwaffe begins bombing the Soviet city. This opening salvo to what some call the bloodiest battle in history will lead to the destruction of the Sixth Army, and the loss of some 2 million lives before the five-month onslaught is over.

1973 | ‘Stockholm Syndrome’ a bond forms between captives and captor

After police arrive, a bank robbery at Kreditbanken, in central Stockholm, turns into a hostage-taking and siege. Hostages will later tell of being more terrified of police activity than anything else, and the term ‘Stockholm Syndrome’ will be coined to explain the bond the captives felt with their captors.

(1942) Battle that will turn the tide of WWII begins
Hitler's Sixth Army is poised to enter Stalingrad as the Nazi Luftwaffe begins bombing the Soviet city. This opening salvo to what some call the bloodiest battle in history will lead to the destruction of the Sixth Army, and the loss of some 2 million lives before the five-month onslaught is over.
The Battle of Stalingrad was a major battle of World War II in which Nazi Germany and its allies fought the Soviet Union for control of the city of Stalingrad in Southern Russia. 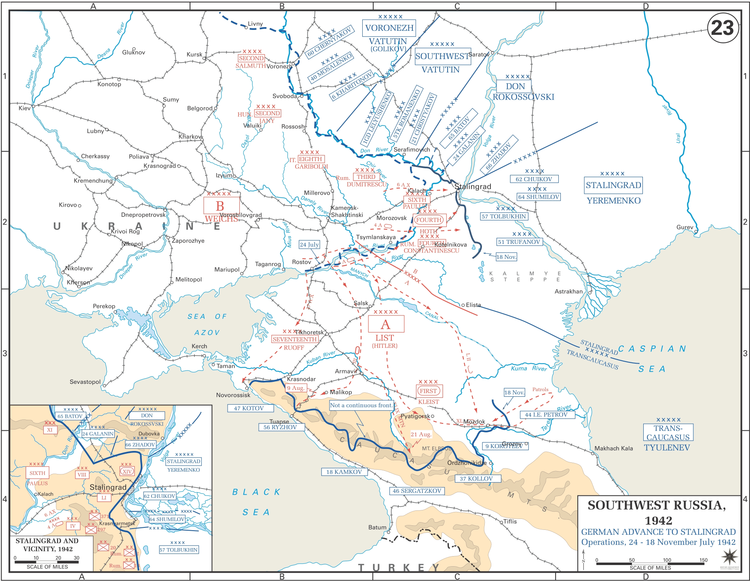 The German advance to Stalingrad between 24 July and 18 November