A hit ballet, long after its debut

These days, Tchaikovsky’s ballet ‘The Nutcracker’ is an iconic holiday entertainment staple, produced by companies around the world. In this photo, the Moscow Ballet performs the seasonal crowd-pleaser in Toruń, Poland. But when the ballet debuted this day in 1892 in St. Petersburg, Russia, it was not a hit. ‘The Nutcracker’ was revived and restaged in the early 20th century, but still didn’t make an impact. Then in 1944, the San Francisco Ballet performed the American debut of the ballet to great acclaim. It became a true Christmastime classic 10 years later, when choreographer George Balanchine staged his own 1954 production with the New York City Ballet. Balanchine’s version caught on and inspired other dance companies to stage it themselves. Today, ‘The Nutcracker’ is often such a draw that a staging of Tchaikovsky’s Christmas fantasy can help keep a ballet company financially stable.

(1888) Cowboys stumble upon an ancient “palace” on a cliff
Two cowboys, Richard Wetherill and Charlie Mason, are out looking for stray cattle in southwestern Colorado when they spy ruins of ancient dwellings high on a mesa. Wetherill dubs it Cliff Palace and the name will stick. The former home of Ancestral Puebloans will come to be considered the largest cliff dwelling in North America.
Cliff Palace is the largest cliff dwelling in North America. The structure built by the Ancestral Puebloans is located in Mesa Verde National Park in their former homeland region. The cliff dwelling and park are in the southwestern corner of Colorado, in the Southwestern United States. 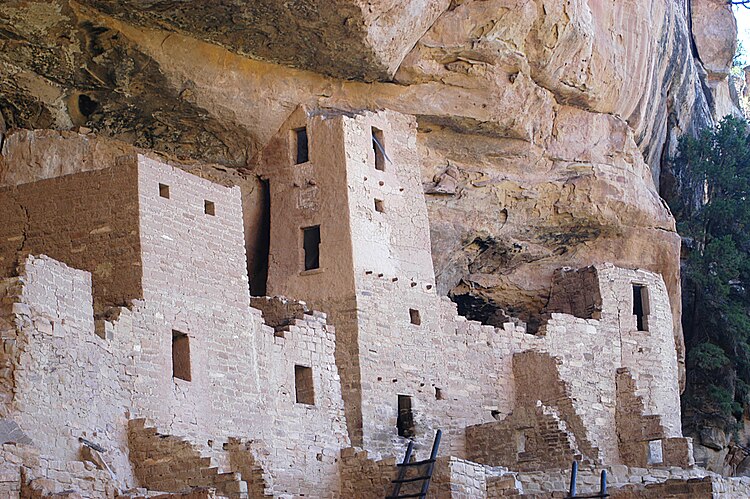 Cliff Palace dwellings
wiki/Cliff_Palace
4.16.n18
(1888) Cowboys stumble upon an ancient “palace” on a cliff.
Also on this day,

The new two-act ballet, choreographed by Marius Petipa and Lev Ivanov, with music by Pyotr Tchaikovsky gets an ambivalent reaction from critics. But the score will become one of Tchaikovsky’s most famous compositions and many ballet companies will rely on ‘Nutcracker’ ticket sales each Christmas season.

Woodrow Wilson, 59, marries a 43-year-old Washington, DC, socialite, Edith Bolling Galt. Presidential advisors voice concern about the marriage just a year after Wilson’s first wife had died. Wilson will suffer a stroke during his second term, leaving Edith to run many routine affairs of his administration.

The Shippingport Atomic Power Station, in Pennsylvania, is up and running, generating electricity for the first time. The $72 million plant, which is the world’s first large-scale nuclear power facility, will supply power to the Pittsburgh area for 25 years until it’s retired in 1982.

(1957) First civilian nuclear power plant goes online
The Shippingport Atomic Power Station, in Pennsylvania, is up and running, generating electricity for the first time. The $72 million plant, which is the world's first large-scale nuclear power facility, will supply power to the Pittsburgh area for 25 years until it's retired in 1982.
The Shippingport Atomic Power Station was the world’s first full-scale atomic electric power plant devoted exclusively to peacetime uses. It was located near the present-day Beaver Valley Nuclear Generating Station on the Ohio River in Beaver County, Pennsylvania, United States, about 25 miles from Pittsburgh. 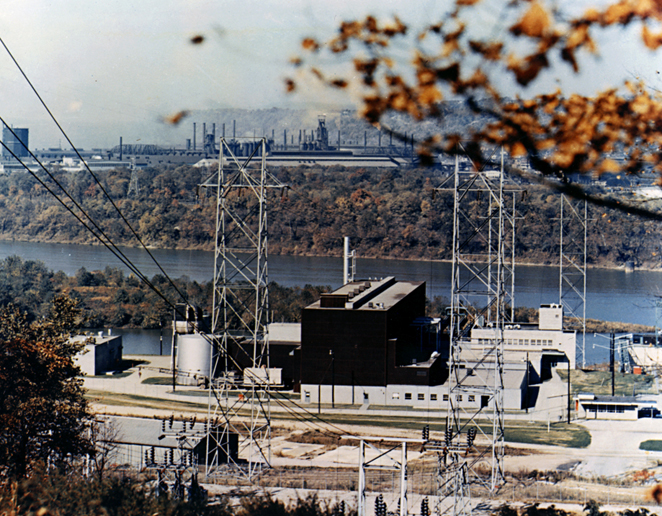 Photograph of the Shippingport Atomic Power Station in Shippingport, Pennsylvania, the first full-scale nuclear power generating station in the United States which began operating in 1957.