The Wright brothers documented the first sustained flight in a powered, controlled aircraft on this day in 1903. That historic achievement was the result of single-minded perseverance, study, and experimentation. The brothers had spent more than a dozen years designing, engineering, constructing, and tweaking various test craft, including groundbreaking work done on the glider shown here. Orville Wright snapped this photo of the plane as it’s piloted by his brother Wilbur, gliding down the slope of Big Kill Devil Hill in Kitty Hawk, North Carolina, in October 1902.

The brothers performed between 700 and 1,000 glider test flights on that 1902 trip to Kitty Hawk, making innumerable adjustments to improve lift, stability, and turning control. When the Wrights returned to their home state of Ohio, they immediately began construction of their first engine-powered airplane. Confident in the design and construction of the Wright Flyer, the brothers returned to the dunes of Kill Devil Hills in Kitty Hawk, where on December 17, 1903, Orville Wright piloted the plane for 120 feet, at an altitude of 10 feet, at less than 7 miles per hour. Three subsequent flights that day took them a little farther each time, straight into the history books.

A carnival ride at a Christmas market in Berlin, Germany 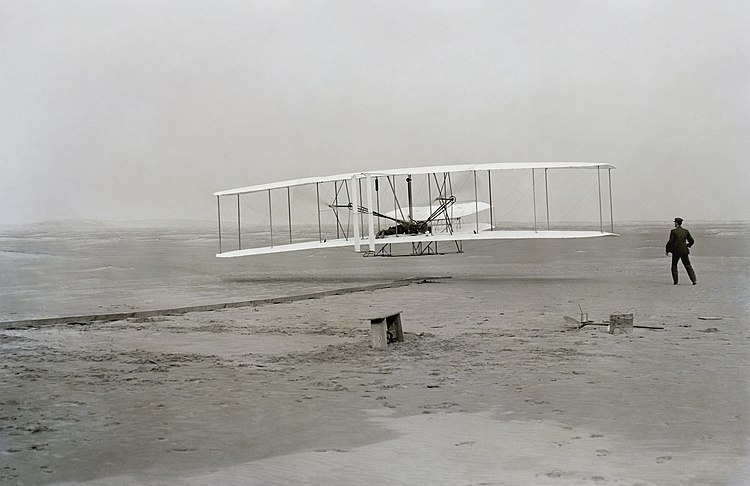