A wonderland in winter

There’s no shortage of activities in New York’s Central Park, even when winter covers the park in snow. Here in the uh, central part of Central Park is the Bethesda Terrace, and in the center of that, the Bethesda Fountain. A fresh coat of snow highlights details on the fountain’s Angel of the Waters sculpture—the only statue that was part of the park’s original design. Beyond the terrace is the Ramble and Lake—a great stretch of park to have a snowball fight in if you ask us. Do you have a favorite park for winter activities?

In the aftermath of the Civil War, several Confederate veterans establish the secret vigilante group to threaten and murder freed blacks and their supporters and to restore white supremacy. The name reportedly is derived from the Greek word for circle, “kyklos.” Soon the KKK will spread to every state in the American South.

An ad in a Colorado newspaper gives children Santa’s phone number, but a misprint routes calls to a red phone at the NORAD air defense command center. Strait-laced Col. Harry Shoup adjusts on the fly and tells staff to give the kids Santa’s “current location.” A tradition is born.

New York’s WPIX, Channel 11, replaces its regularly scheduled programming with Christmas music and a shot of a log burning in a fireplace, shot in Gracie Mansion. Viewers cozy up to their TVs, and a tradition is born that will extend to other TV markets and beyond.

(1865) Ku Klux Klan is founded in Tennessee
In the aftermath of the Civil War, several Confederate veterans establish the secret vigilante group to threaten and murder freed blacks and their supporters and to restore white supremacy. The name reportedly is derived from the Greek word for circle, "kyklos." Soon the KKK will spread to every state in the American South.
The Ku Klux Klan, commonly called the KKK or simply the Klan, is three distinct movements in the United States that have advocated extremist reactionary positions such as white supremacy, white nationalism, anti-immigration and—especially in later iterations—Nordicism, anti-Catholicism and antisemitism. Historically, the KKK used terrorism—both physical assault and murder—against groups or individuals whom they opposed. All three movements have called for the "purification" of American society and all are considered right-wing extremist organizations. 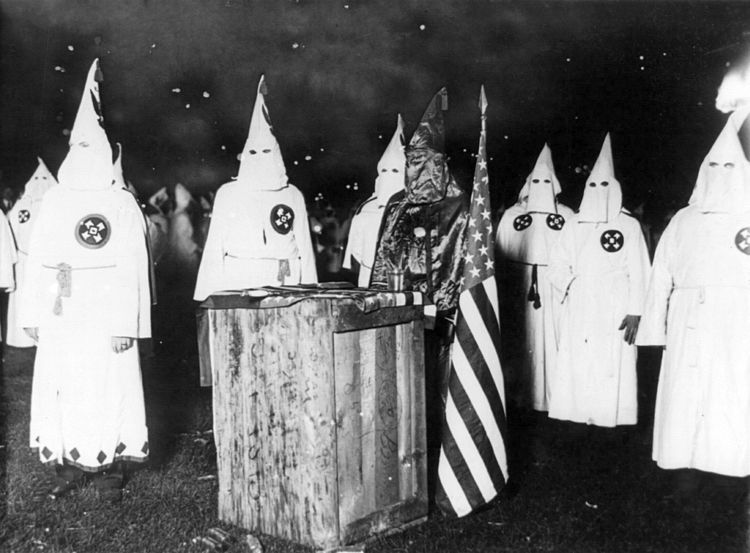