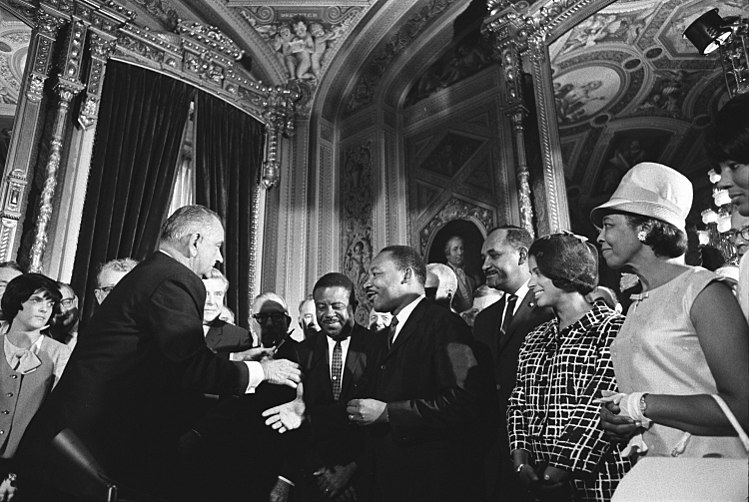 (1969) One giant leap for mankind as Armstrong walks on moon
NASA’s Apollo 11 Lunar Module lands 238,855 miles from Earth in the Sea of Tranquility and six hours later astronaut Neil Armstrong exits the vehicle, descends a short ladder, and becomes the first human to walk on the moon. Minutes later, astronaut Buzz Aldrin will join Armstrong on the surface. Millions back home tune in to the historic event.
Apollo 11 was the spaceflight that landed the first two people on the Moon. Mission commander Neil Armstrong and pilot Buzz Aldrin, both American, landed the lunar module Eagle on July 20, 1969, at 20:17 UTC. Armstrong became the first person to step onto the lunar surface six hours after landing on July 21 at 02:56:15 UTC; Aldrin joined him about 20 minutes later. They spent about two and a quarter hours together outside the spacecraft, and collected 47.5 pounds of lunar material to bring back to Earth. Michael Collins piloted the command module Columbia alone in lunar orbit while they were on the Moon’s surface. Armstrong and Aldrin spent 21.5 hours on the lunar surface before rejoining Columbia in lunar orbit.

Buzz Aldrin salutes the U.S flag on the Moon (mission time: 110:10:33). His fingertips are visible on the far side of his faceplate. Note the well-defined footprints in the foreground. Buzz is facing up-Sun. There is a reflection of the Sun in his visor. At the bottom of Buzz’s faceplate, note the white ‘rim’ which is slightly separated from his neckring. This ‘rim’ is the bottom of his gold visor, which he has pulled down. We can see the LEC straps hanging down inside of the ladder strut. In the foreground, we can see the foot-grabbing loops in the TV cable. The double crater under Neil’s LM window is just beyond the LM shadow.
wiki/Apollo_11
4.13.j18
(1969) One giant leap for mankind as Armstrong walks on moon.
Also on this day,

Adolf Hitler is only slightly injured with a concussion and mild burns when a briefcase bomb detonates at the ‘Wolf’s Lair,’ his Eastern Front command post in Prussia. Conspirators in the assassination plot, most of them high-level German Army officers, will be captured and executed.

Exactly seven years to the day that humans first walked on the moon, NASA’s Viking 1 becomes the first manmade object to land on another planet and complete its mission. Just hours after touchdown, the lander got to work, capturing the first clear image of the Martian surface.

Having helped form the National League for Democracy the previous year, Burma’s Aung San Suu Kyi is put under house arrest by her country’s ruling military junta, and will remain confined to her home on-and-off for 21 years. She will receive the Nobel Peace Prize in 1991.

(1976) Mars receives its first successful manmade visitor
Exactly seven years to the day that humans first walked on the moon, NASA's Viking 1 becomes the first manmade object to land on another planet and complete its mission. Just hours after touchdown, the lander got to work, capturing the first clear image of the Martian surface.
Viking 1 was the first of two spacecraft sent to Mars as part of NASA's Viking program. On July 20, 1976, it became the first spacecraft to land successfully on Mars and perform its mission. Viking 1 held the record for the longest Mars surface mission of 2307 days or 2245 sols until that record was broken by Opportunity on May 19, 2010.