(1865) ‘Alice’s Adventures in Wonderland’ published in US
Lewis Carroll (real name Charles Lutwidge Dodgson) captures the imaginations of adults and children with his story of a girl who falls down a rabbit hole into a fantasy world. It will quickly become a hit and later inspire adaptations for the stage, movies, and TV.
Alice’s Adventures in Wonderland is an 1865 novel written by English author Charles Lutwidge Dodgson under the pseudonym Lewis Carroll. It tells of a girl named Alice falling through a rabbit hole into a fantasy world populated by peculiar, anthropomorphic creatures. The tale plays with logic, giving the story lasting popularity with adults as well as with children. It is considered to be one of the best examples of the literary nonsense genre. Its narrative course, structure, characters, and imagery have been enormously influential in both popular culture and literature, especially in the fantasy genre. 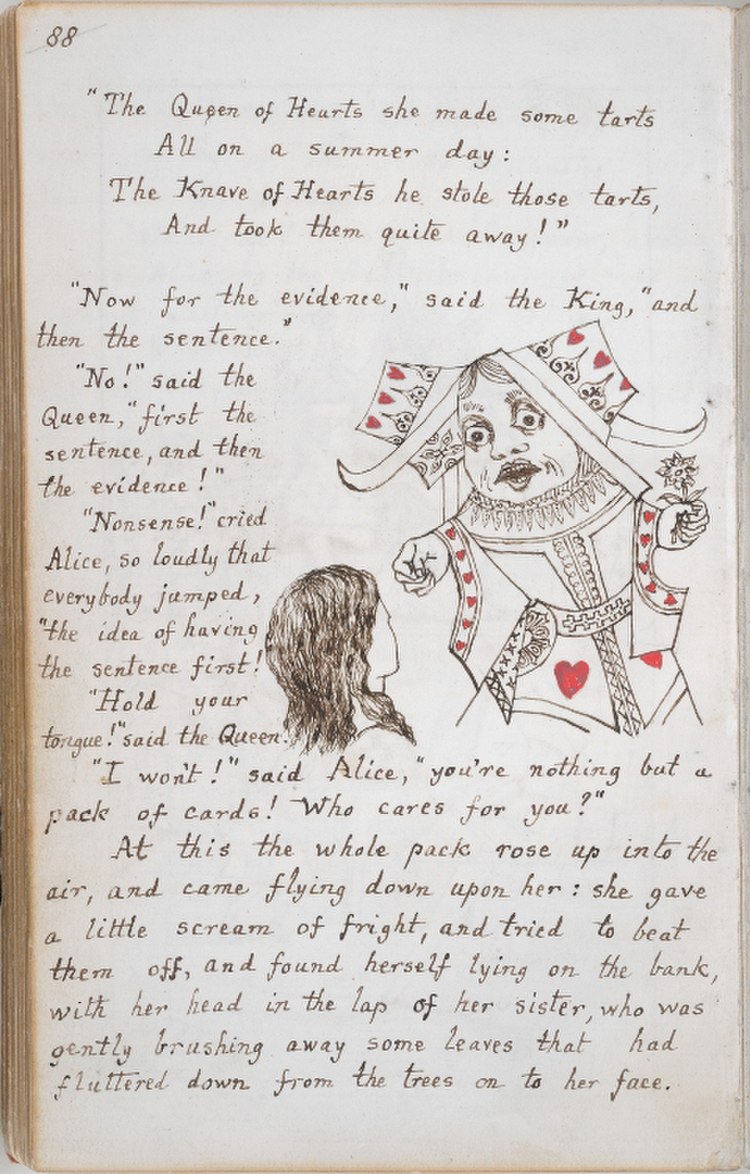 After bowing to public pressure, US President Franklin Roosevelt signs a bill to set Thanksgiving Day as the fourth Thursday in November. Two years prior, in a bid to boost retail sales, Roosevelt had shifted the holiday a week earlier, a move met with public outrage and derided as the creation of “Franksgiving.”

At its premiere, few involved in the production expect ‘Casablanca’ to cause much of a stir, despite its star power in Humphrey Bogart and Ingrid Bergman. But the film will go into wide distribution in January, and as time goes by, its characters, theme song, and dialogue will go on to reach iconic status.

A jury finds Fromme, a follower of serial killer Charles Manson, guilty of trying to assassinate President Gerald Ford. On September 5, Fromme, dressed as a nun, pointed a gun at the president but was quickly subdued. She will be sentenced to life in prison, but then will be granted parole in 2009.

(1992) Queen Elizabeth agrees to pay income tax
In a surprise announcement, Queen Elizabeth II breaks with tradition to become the first British monarch to pay income tax since the 1930s. The move is seen as a public relations move to appease a public weary of supporting the monarchy during a prolonged recession, though Buckingham Palace denies this.
The British royal family is financed mainly by the hereditary revenues of the Crown. The British Parliament uses a percentage of the Crown Estate, a part of the Crown's hereditary revenues belonging to the sovereign that is placed at the disposal of the House of Commons, to meet the costs of the sovereign's official expenditures. This includes the costs of the upkeep of the various royal residences, staffing, travel and state visits, public engagements, and official entertainment. Other sources of income include revenues from the Duchies of Lancaster and Cornwall, a parliamentary annuity, and income from private investments. The Keeper of the Privy Purse is Head of the Privy Purse and Treasurer's Office and has overall responsibility for the management of the sovereign's financial affairs.
wiki/Finances_of_the_British_Royal_Family
4.6.n17