It may not look like a bustling metropolis, but Nuuk is Greenland’s largest city and capital. Fewer than 56,000 people live in Greenland, and nearly a third of them reside in the modern comfort of Nuuk. Greenland is a constituent country of Denmark, and in Nuuk, the Danes have been a modernizing influence on the city, even here in Old Nuuk, a part of town established in the 1740s. Despite the Danish presence, the majority of Greenland’s population is Greenlandic Inuit. Nuuk began as a coastal fishing settlement, and much of Greenland’s commercial fishing fleet is still based out of the city’s harbor, which is also used as a shipping port.

(1974) President Richard Nixon resigns from office
Left reeling from the Watergate scandal, and facing the looming prospect of impeachment, President Richard Nixon broadcasts his decision to resign. A first in US presidential history, the resignation will become official the next day, ending an infamous chapter in political corruption.
Richard Milhous Nixon was the 37th President of the United States from 1969 until 1974, when he resigned from office, the only U.S. president to do so. He had previously served as the 36th Vice President of the United States from 1953 to 1961 under the presidency of Dwight D. Eisenhower, and prior to that as a U.S. Representative and also Senator from California.

Danish astronomer Tycho Brahe’s elaborate and expensive marvel of an observatory, the first custom-built observatory in Europe, is begun with a cornerstone laid on the island of Hven, Denmark. The red brick building is called Uraniborg and dedicated to the muse of astronomy, Urania.

Europe’s highest peak outside of the Caucasus range, soaring almost 16,000 feet, is successfully ascended for the first time by Savoyard mountain guide Jacques Balmat and doctor Michel-Gabriel Paccard. Many will call the pair’s conquest of Mont Blanc the birth of modern mountaineering.

At 3:15 AM in rural Buckinghamshire, England, the Glasgow-Euston mail train is halted, boarded, and robbed of more than £2 million in untraceable bank notes. While most of the money in the biggest rail heist in British history will never be found, many of the participants will be.

(1945) Nagasaki is second nuclear military target
Three days after Hiroshima was destroyed by the first nuclear weapon strike in history, Nagasaki, Japan, is hit by an atomic blast dropped from a US bomber. Upwards of 39,000 people are immediately killed as the city is leveled, and Japan will surrender less than week later, ending World War II.
During the final stage of World War II, the United States dropped nuclear weapons on the Japanese cities of Hiroshima and Nagasaki on August 6 and 9, 1945, respectively. The United States had dropped the bombs with the consent of the United Kingdom as outlined in the Quebec Agreement. The two bombings, which killed at least 129,000 people, remain the only use of nuclear weapons for warfare in history. 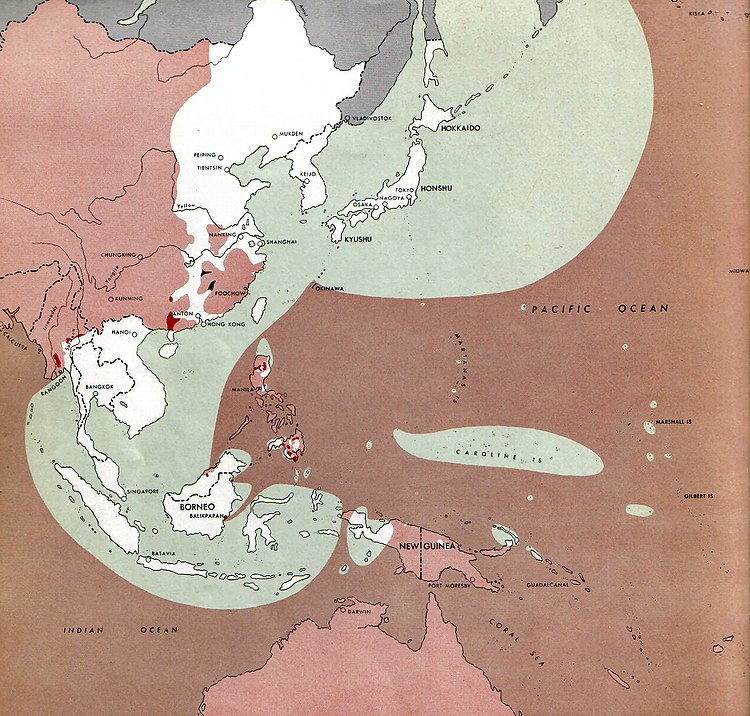 Situation of the Pacific War by August 1, 1945. Japan still had control of all of Manchuria, Korea, Taiwan and Indochina, a large part of China, including most of the main Chinese cities, and much of the Dutch East Indies.