(1983) Terrorists strike US and French military posts in Beirut
Suicide bombers detonate two truck bombs outside the barracks housing the US 1st Battalion 8th Marines in Beirut, Lebanon, killing 241 servicemen and injuring more than 100. Almost simultaneously, another suicide attack on France’s military barracks takes the lives of 58 paratroopers.
The 1983 Beirut barracks bombing was a terrorist attack that occurred on October 23, 1983, in Beirut, Lebanon, during the Lebanese Civil War. Two truck bombs struck buildings housing Multinational Force in Lebanon peacekeepers, specifically against United States and French service members, killing 241 U.S. and 58 French peacekeepers, 6 civilians and the 2 suicide attackers. A group called Islamic Jihad claimed responsibility for the bombings and said that the attacks were to get the MNF out of Lebanon.

Diagram showing Hezbollah SVBIED terror attack on USMC barracks in Beirut, Lebanon, in 1983.
wiki/1983_Beirut_barracks_bombings
4.15.A18
(1983) Terrorists strike US and French military posts in Beirut.
Also on this day,

42 BCE | Antony vs. Brutus as Caesar’s compatriots fight it out with his assassin

Julius Caesar has been dead more than two years when the forces of Mark Antony and Octavian catch up with those of one of Caesar’s killers, Brutus, in Philippi, Macedonia. Brutus has lost his compatriot Cassius to suicide, and now his forces, and his spirit, are soundly defeated, as he too takes his own life.

1956 | Revolution in Hungary as Hungarians stage popular uprising against USSR

Seven years of Soviet domination is more than enough for 20,000 Hungarians who gather in Budapest calling for their country’s independence. Some 180,000 more join them, but state police fire on the crowd, marking the start of a crackdown that will eventually crush the nascent revolution.

(1956) Hungarians stage popular uprising against USSR
Seven years of Soviet domination is more than enough for 20,000 Hungarians who gather in Budapest calling for their country's independence. Some 180,000 more join them, but state police fire on the crowd, marking the start of a crackdown that will eventually crush the nascent revolution.
The Hungarian Revolution of 1956 or the Hungarian Uprising of 1956 was a nationwide revolt against the government of the Hungarian People's Republic and its Soviet-imposed policies, lasting from 23 October until 10 November 1956. Though leaderless when it first began, it was the first major threat to Soviet control since the USSR's forces drove Nazi Germany from its territory at the end of World War II. 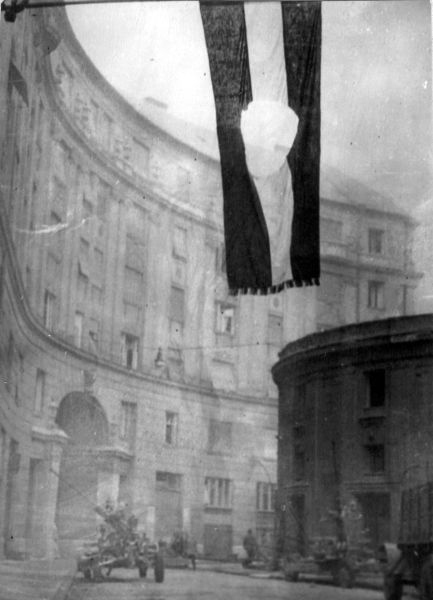