(1572) A royal wedding bids to bridge religions in France
Notre Dame Cathedral hosts the nuptials of France’s Protestant Huguenot Henry III of Navarre and Margaret of Valois, a Catholic. The marriage will not heal the country’s religious schism, and just five days later Catholic mobs will attack and kill thousands of Huguenots, Henry barely escaping.
Henry IV, also known by the epithet Good King Henry, was King of Navarre from 1572 to 1610 and King of France from 1589 to 1610. He was the first monarch of France from the House of Bourbon, a cadet branch of the Capetian dynasty. He was assassinated in 1610 by François Ravaillac, a fanatical Catholic, and was succeeded by his son Louis XIII.

Henry III of France on his deathbed designating Henry IV of Navarre as his successor (1589)
wiki/Henry_IV_of_France
4.15.A18
(1572) A royal wedding bids to bridge religions in France.
Also on this day,

Twelve citizens of Lancashire, England have been accused of 10 murders by way of witchcraft. A brew of familial bad blood, local leaders keen to please King James, and the reputation of Pendle Hill, a wild and wooly part of Lancashire, will lead to the mass hanging of 10 “witches.”

The US women’s suffrage movement has walked an arduous road, from 1848’s Seneca Falls Convention, through decades of activism, and some violent resistance, but the journey ends as the Nineteenth Amendment to the US Constitution is ratified 42 years after Congress first introduced it.

Congratulations are in order as James Meredith graduates with a political science degree from the segregated University of Mississippi, or ‘Ole Miss,’ less than a year after federal troops had to quell racist violence when he became the first African American to enroll in the history of the school.

(1920) American women get the right to vote
The US women's suffrage movement has walked an arduous road, from 1848's Seneca Falls Convention, through decades of activism, and some violent resistance, but the journey ends as the Nineteenth Amendment to the US Constitution is ratified 42 years after Congress first introduced it.
The Nineteenth Amendment to the United States Constitution prohibits the states and the federal government from denying the right to vote to citizens of the United States on the basis of sex. It was adopted on August 18, 1920. Until the 1910s, most states did not give women the right to vote. The amendment was the culmination of the women's suffrage movement in the United States, which fought at both state and national levels to achieve the vote. It effectively overruled Minor v. Happersett, in which a unanimous Supreme Court ruled that the Fourteenth Amendment did not give women the right to vote. 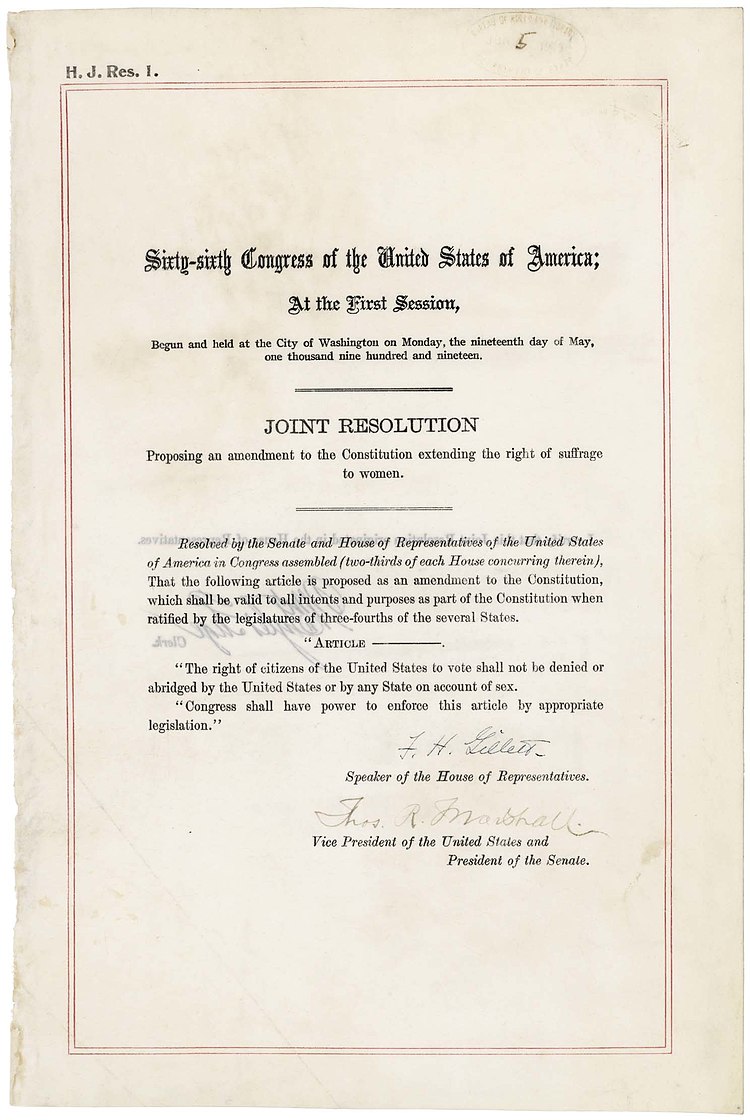 Nineteenth Amendment in the National Archives