(1955) Rosa Parks refuses to give up her bus seat to a white man
Cops arrest the African-American seamstress for violating Montgomery, Alabama’s racial segregation laws that require black patrons to sit in the back of a bus and give up their seats to whites. The incident leads to a bus boycott, spearheaded by a young minister, Martin Luther King, Jr.
Rosa Louise McCauley Parks was an activist in the civil rights movement best known for her pivotal role in the Montgomery Bus Boycott. The United States Congress has called her “the first lady of civil rights” and “the mother of the freedom movement”.

Sergei Kirov is gunned down at Communist Party headquarters in Leningrad. Many suspect Soviet leader Joseph Stalin is behind the assassination, though a connection will not be proved. Kirov’s death, however, marks the beginning of Stalin’s ‘Great Purge,’ in which a million or more people will be executed.

Twelve countries, including the United States and the Soviet Union, sign a treaty that prohibits any military activity on Antarctica. The agreement stipulates that the continent will be used only for scientific research. It will be considered the first arms control agreement of the Cold War.

England is now connected to the European mainland via a tunnel that runs deep under the English Channel. When it opens in 1994, the Chunnel project will have taken 13,000 workers about six years to complete the 31-mile long tunnel that stretches from the English town of Folkestone to Coquelles in France.

(1959) Treaty turns Antarctica into a scientific preserve
Twelve countries, including the United States and the Soviet Union, sign a treaty that prohibits any military activity on Antarctica. The agreement stipulates that the continent will be used only for scientific research. It will be considered the first arms control agreement of the Cold War.
The Antarctic Treaty and related agreements, collectively known as the Antarctic Treaty System, regulate international relations with respect to Antarctica, Earth's only continent without a native human population. For the purposes of the treaty system, Antarctica is defined as all of the land and ice shelves south of 60°S latitude. The treaty, entering into force in 1961 and having 53 parties as of 2016, sets aside Antarctica as a scientific preserve, establishes freedom of scientific investigation and bans military activity on that continent. The treaty was the first arms control agreement established during the Cold War. The Antarctic Treaty Secretariat headquarters is located in Buenos Aires Argentina, since September 2004. 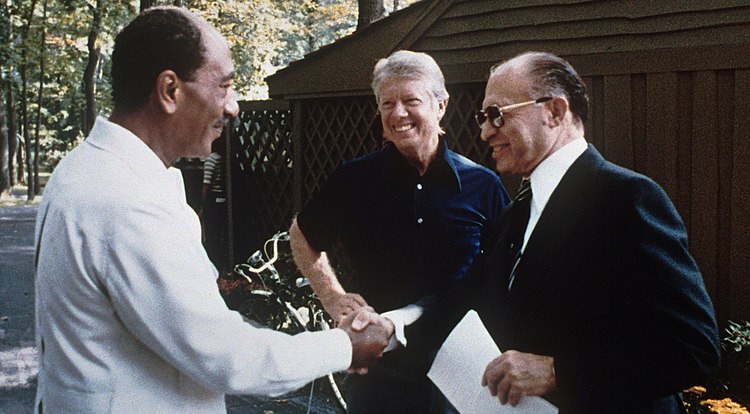