(1889) Journalist Nellie Bly sets out for around-the-world trip
A reporter ahead of her time, Nellie Bly begins what will be a successful attempt to travel around the world in less than 80 days, putting Jules Verne’s fictional story ‘Around the World in 80 days’ to a real-life test. Bly will complete the journey in 72 days, travelling alone for bulk of it.
Around the World in Seventy-Two Days is an 1890 book by journalist Elizabeth Jane Cochrane, writing under her pseudonym, Nellie Bly. The chronicle details her 72-day trip around the world, which was inspired by the book, Around the World in Eighty Days by Jules Verne. She carried out the journey for Joseph Pulitzer’s tabloid newspaper, the New York World. 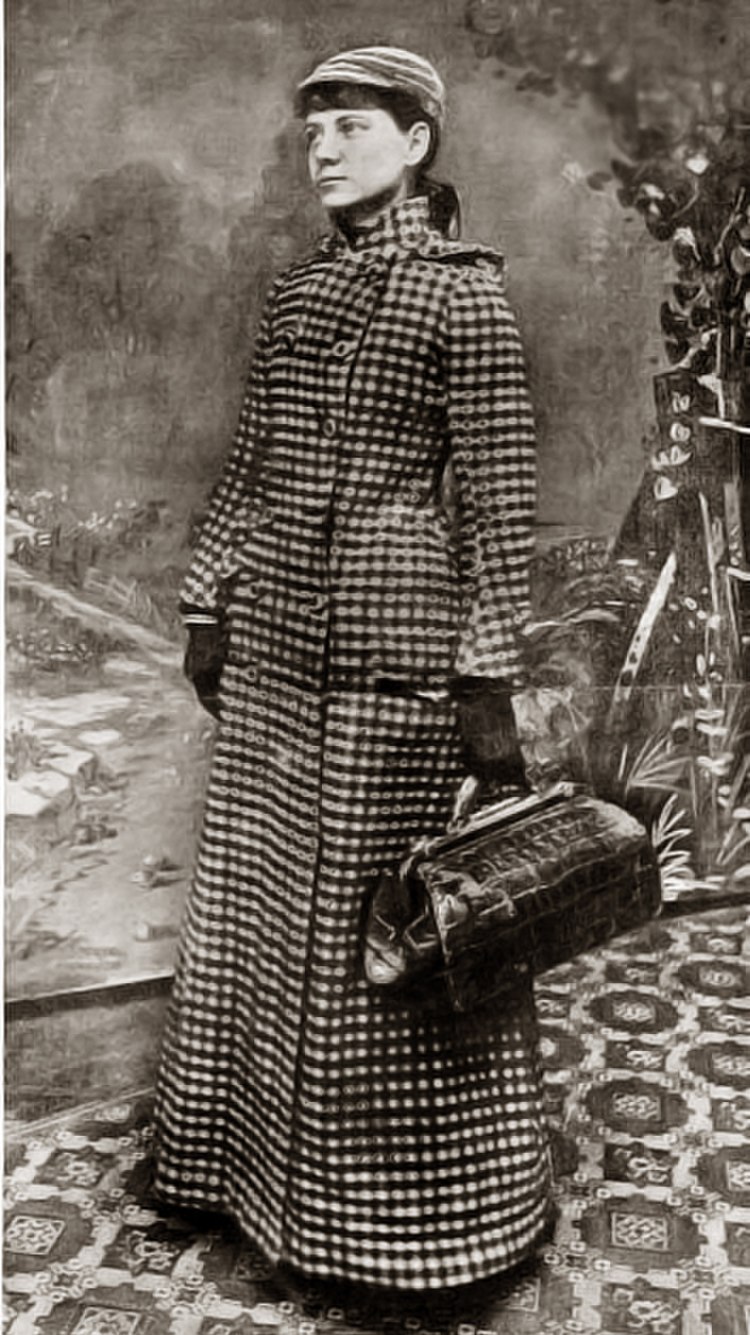 A publicity photograph taken by the New York World newspaper to promote Bly’s around-the-world voyage
wiki/Around_the_World_in_Seventy-Two_Days
4.15.A18
(1889) Journalist Nellie Bly sets out for around-the-world trip.
Also on this day,

Oscar-Claude Monet is born in Paris. He will show an interest in art at a young age, enrolling in Le Havre secondary school of the arts at age 10. Monet will go on to become one of the creators of impressionism, and some of his works will sell posthumously for tens of millions of dollars.

‘Call me Ishmael’ first appears in print in the United States, the opening line of a new novel by a former sailor. An earlier version of ‘Moby-Dick,’ entitled ‘The Whale,’ had been published in England. The novel will flop on both sides of the Atlantic, but long after Melville’s death, it will be hailed as a classic.

Apollo 12 takes off from Kennedy Space Center in Florida with three astronauts aboard: Charles Conrad, Jr.; Richard Gordon, Jr.; and Alan Bean. A few days later, Conrad and Bean will become the third and fourth persons to walk on the moon’s surface.

(1969) Rocket lifts off in second manned mission to moon
Apollo 12 takes off from Kennedy Space Center in Florida with three astronauts aboard: Charles Conrad, Jr.; Richard Gordon, Jr.; and Alan Bean. A few days later, Conrad and Bean will become the third and fourth persons to walk on the moon's surface.
Apollo 12 was the sixth manned flight in the United States Apollo program and the second to land on the Moon. It was launched on November 14, 1969, from the Kennedy Space Center, Florida, four months after Apollo 11. Mission commander Charles "Pete" Conrad and Lunar Module Pilot Alan L. Bean performed just over one day and seven hours of lunar surface activity while Command Module Pilot Richard F. Gordon remained in lunar orbit. The landing site for the mission was located in the southeastern portion of the Ocean of Storms. 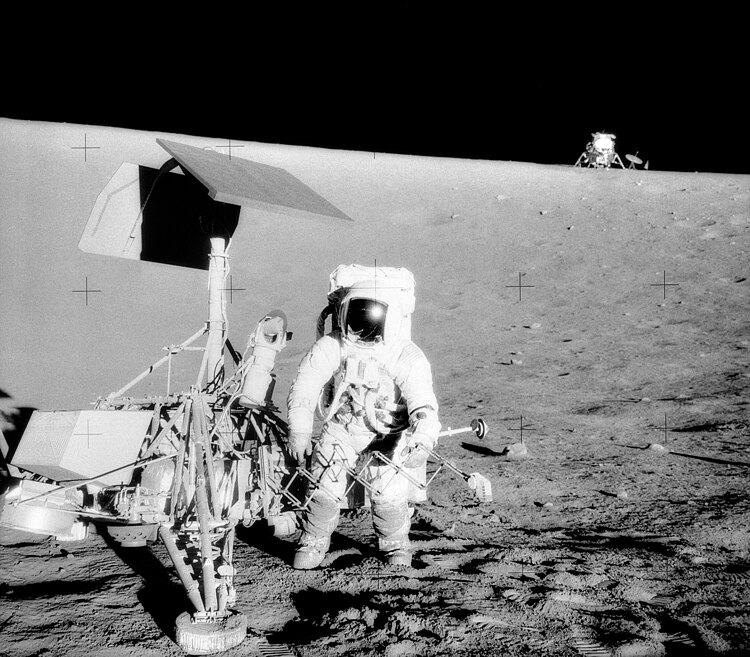 Charles Conrad Jr., Apollo 12 Commander, examines the unmanned Surveyor III spacecraft during the second extravehicular activity (EVA-2). The Lunar Module (LM) "Intrepid" is in the right background. This picture was taken by astronaut Alan L. Bean, Lunar Module pilot. The "Intrepid" landed on the Moon's Ocean of Storms only 600 feet from Surveyor III. The television camera and several other components were taken from Surveyor III and brought back to earth for scientific analysis. Surveyor III soft-landed on the Moon on April 19, 1967.