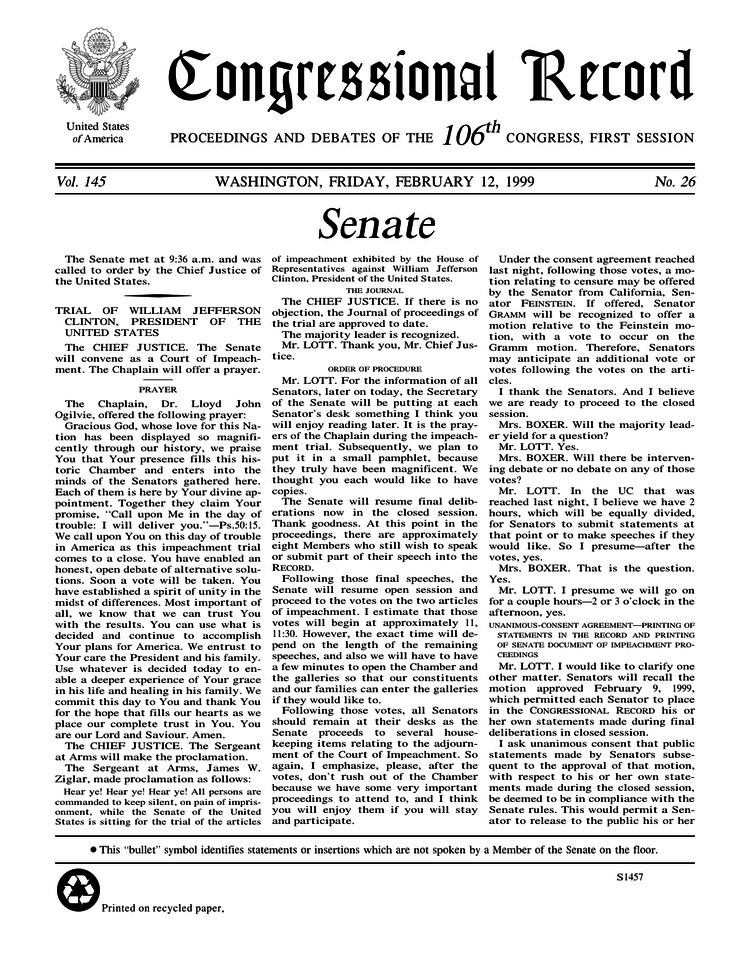 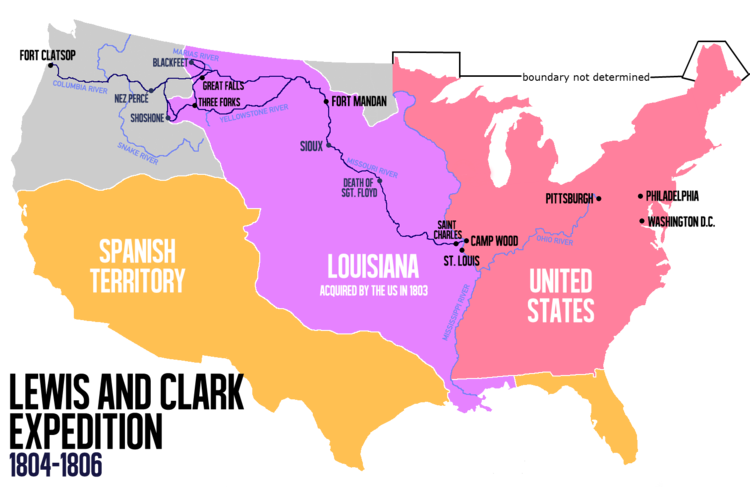 Route of the expedition
wiki/Lewis_and_Clark_Expedition
4.15.A18
(1805) Lewis and Clark reach the Pacific.
Also on this day,

The Second Continental Congress approves the Articles of Confederation, which unifies the 13 American colonies under a weak central government and names this new country the United States of America. The document, a precursor to the Constitution, will be ratified by the states on March 1, 1781.

Union General William T. Sherman and his troops torch the captured city of Atlanta, leaving it a smoldering ruin before riding out to begin their five-week march through Georgia to the port of Savannah. In their wake, they’ll leave a trail of destroyed industry, ransacked private property, and a huge number of refugees.

Month-old Baby Fae passes away 20 days after an operation to replace her deformed heart with one from a baboon. It was the first baboon-to-human heart transplant ever done. The case will spark vigorous debate about inter-species transplants and medical experimentation.

(1777) Thirteen colonies unite to form a new country
The Second Continental Congress approves the Articles of Confederation, which unifies the 13 American colonies under a weak central government and names this new country the United States of America. The document, a precursor to the Constitution, will be ratified by the states on March 1, 1781.

The Articles formed a war-time confederation of states, with an extremely limited central government. While unratified, the document was used by the Congress to conduct business, direct the American Revolutionary War, conduct diplomacy with foreign nations, and deal with territorial issues and Native American relations. The adoption of the Articles made few perceptible changes in the federal government, because it did little more than legalize what the Continental Congress had been doing. That body was renamed the Congress of the Confederation; but Americans continued to call it the Continental Congress, since its organization remained the same.

As the Confederation Congress attempted to govern the continually growing American states, delegates discovered that the limitations placed upon the central government rendered it ineffective at doing so. As the government's weaknesses became apparent, especially after Shays' Rebellion, individuals began asking for changes to the Articles. Their hope was to create a stronger national government. Initially, some states met to deal with their trade and economic problems. However, as more states became interested in meeting to change the Articles, a meeting was set in Philadelphia on May 25, 1787. This became the Constitutional Convention. It was quickly realized that changes would not work, and instead the entire Articles needed to be replaced. On March 4, 1789, the government under the Articles was replaced with the federal government under the Constitution. The new Constitution provided for a much stronger federal government by establishing a chief executive (the President), courts, and taxing powers. 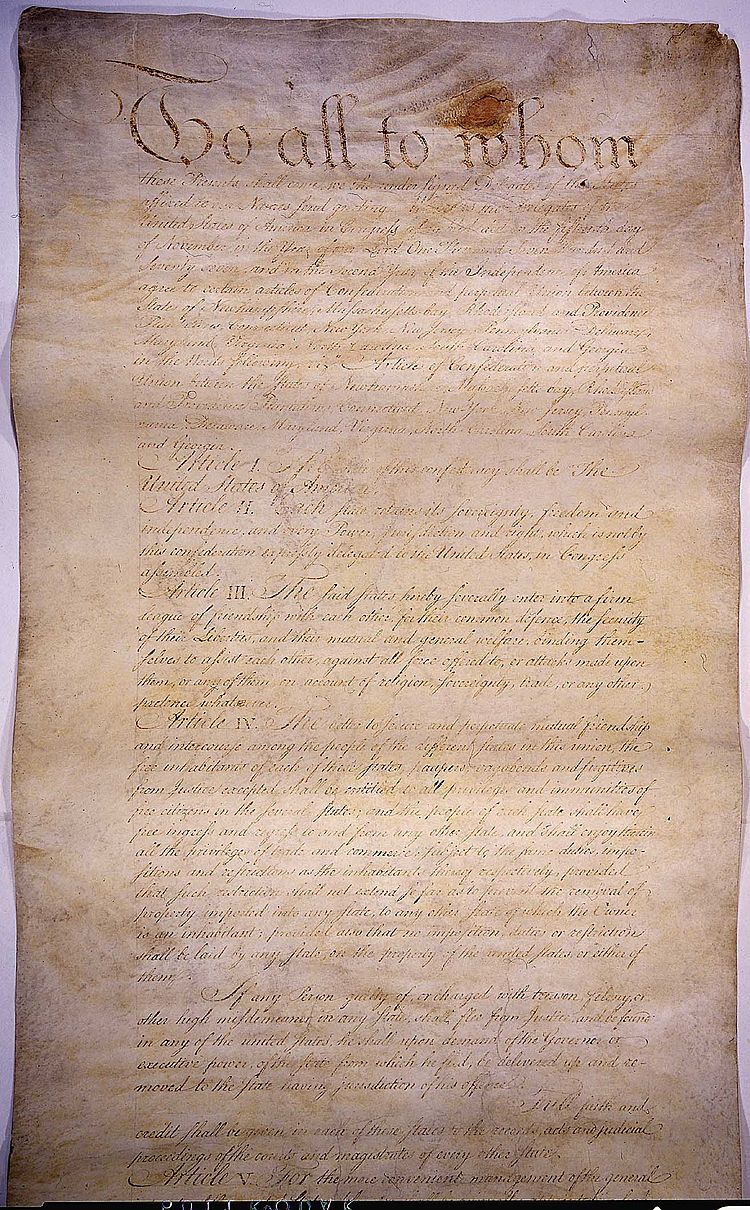 The Articles of Confederation, ratified in 1781. This was the format for the United States government until the Constitution.