(1961) East is sealed off from West in a divided capital
While the city sleeps, Soviet-backed East German soldiers begin erecting a barbed-wire barrier in Berlin, making solid what’s been for 15 years a geopolitical split within Germany’s capital. Transit between communist East Berlin and capitalist West Berlin is now strictly verboten.
The Berlin Wall was a guarded concrete barrier that physically and ideologically divided Berlin from 1961 to 1989. Constructed by the German Democratic Republic, starting on 13 August 1961, the Wall completely cut off West Berlin from surrounding East Germany and from East Berlin until government officials opened it in November 1989. Its demolition officially began on 13 June 1990 and was completed in 1992. The barrier included guard towers placed along large concrete walls, which circumscribed a wide area that contained anti-vehicle trenches, “fakir beds” and other defenses. The Eastern Bloc claimed that the Wall was erected to protect its population from fascist elements conspiring to prevent the “will of the people” in building a socialist state in East Germany. In practice, the Wall served to prevent the massive emigration and defection that had marked East Germany and the communist Eastern Bloc during the post-World War II period. 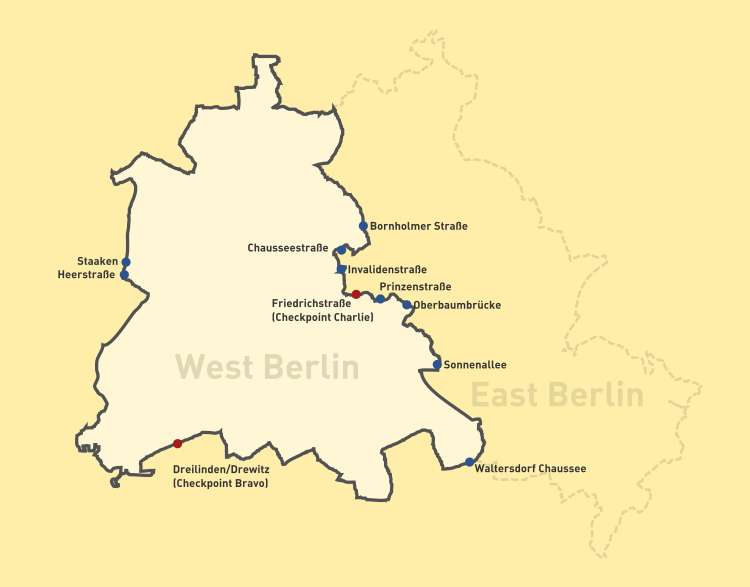 Conquistador Hernán Cortés and his troops have laid siege to Tenochtitlan for more than two months and now the Aztec empire’s sprawling capital surrenders. European military might, combined with a smallpox epidemic brought by the invading Spaniards, dooms what will become Mexico City.

Her country embroiled in World War I, 39-year-old Opha Johnson is first in line to enlist at the US Marine Corps Reserves, becoming the first female Marine in history. More than 300 other women will follow Johnson’s lead and serve as Marines during the war, paving the way for future women in the US military.