(1978) Badlands becomes a national park
A national monument since 1939, Badlands in southwest South Dakota is designated as a national park. The 244,000-acre park will eventually host about a million visitors a year coming to see wildlife, fossils, and the Badlands wall.
Badlands National Park is an American national park located in southwestern South Dakota. The park protects 242,756 acres of sharply eroded buttes and pinnacles, along with the largest undisturbed mixed grass prairie in the United States. The National Park Service manages the park, with the South Unit being co-managed with the Oglala Lakota tribe. 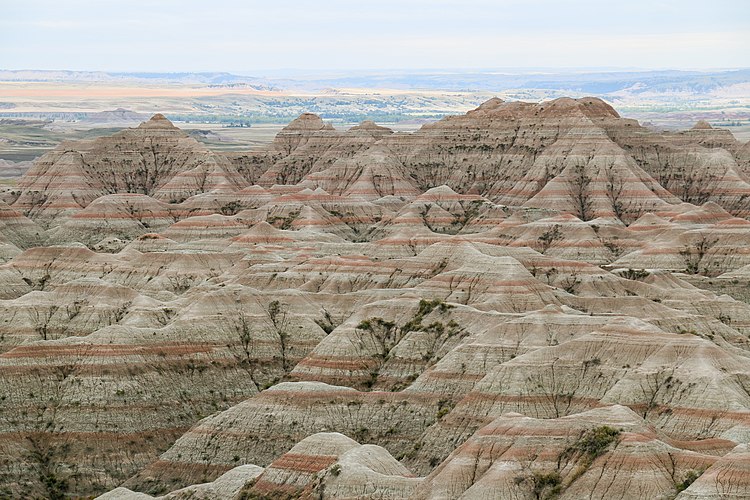 ‘Dr. Livingstone, I presume?’ Journalist Henry Stanley will claim he uttered those words on this day, upon finding David Livingstone after a harrowing search in central Africa. The quote, however, and even the date, will later come into question.

‘Sesame Street,’ featuring Jim Henson’s Muppets, catchy songs, and animated shorts, aims to educate while it entertains young kids. The show will be a huge success, and will be credited as a valuable learning tool, but will also ruffle convention as it tackles serious subjects, such as death, poverty, and AIDS.

Louise Woodward, 19, a British au pair convicted for murdering an infant while he was in her care in Massachusetts, has been freed from prison, her conviction reduced from murder to involuntary manslaughter. Woodward’s case drew intense worldwide attention, especially in Britain.

(1982) Soviet leader Brezhnev dies at age 75
Leonid Brezhnev, who ruled the USSR for 18 years during the height of the Cold War, dies of a heart attack. In poor health, he had been largely a figurehead during his final years. His death will start a long cycle of reform eventually leading to the country's breakup.
Leonid Ilyich Brezhnev was a Soviet politician who led the Soviet Union from 1964 to 1982 as the General Secretary of the Central Committee of the Communist Party of the Soviet Union, presiding over the country until his death and funeral in 1982. His eighteen-year term as General Secretary was second only to that of Joseph Stalin in duration. During Brezhnev's rule, the global influence of the Soviet Union grew dramatically, in part because of the expansion of the Soviet military during this time. His tenure as leader was marked by the beginning of an era of economic and social stagnation in the Soviet Union. 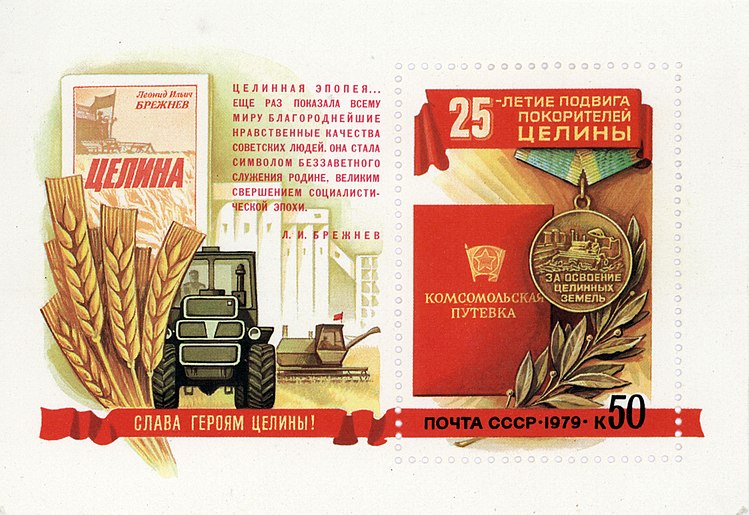 USSR postage stamp of 1979, celebrating the 25th anniversary of the Virgin Lands Campaign