(1964) Three civil rights workers disappear in Mississippi
Andrew Goodman, James Chaney, and Mickey Schwerner are in Mississippi to register black voters, and after being arrested and released by the local sheriff, are never seen alive again. Eighteen people will be charged with their deaths in what becomes known as the ‘Mississippi Burning’ murders.
The murders of Chaney, Goodman, and Schwerner, also known as the Freedom Summer murders, the Mississippi civil rights workers’ murders or the Mississippi Burning murders, involved three activists that were abducted and murdered in Neshoba County, Mississippi in June 1964 during the Civil Rights Movement. The victims were Andrew Goodman and Michael “Mickey” Schwerner from New York City, and James Chaney from Meridian, Mississippi. All three were associated with the Council of Federated Organizations and its member organization the Congress of Racial Equality. They had been working with the Freedom Summer campaign by attempting to register African Americans in Mississippi to vote. This registration effort was a part of contesting over 70 years of laws and practices that supported a systematic policy of disenfranchisement of potential black voters by several southern states that began in 1890. 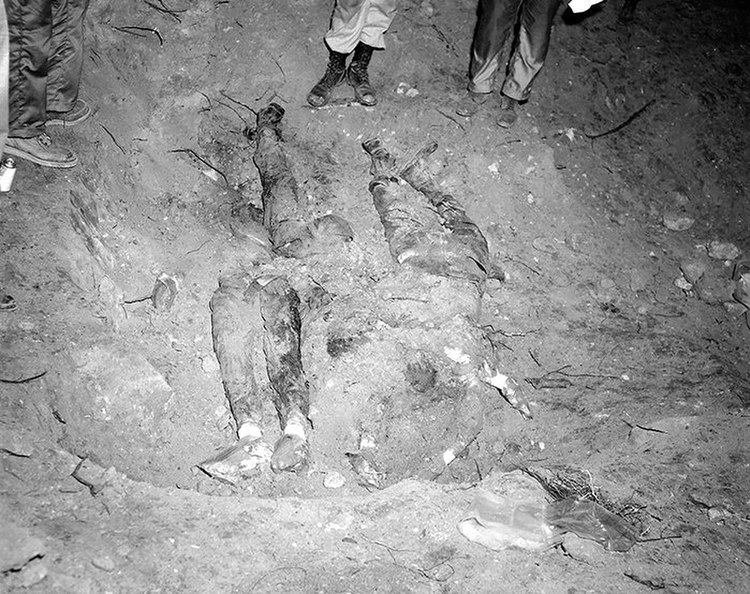 Ten men are executed for murder in two separate Pennsylvania hangings, but the guilty verdicts against the ‘Molly Maguires,’ a group of Irish immigrant coal miners, will remain controversial, as many believe they were made martyrs for attempting to unionize fellow workers.

Mexico City’s Azteca Stadium is filled to the brim as Brazil and Italy meet in football’s World Cup final. The game will pass into legend, in part for superstar Pelé’s magnificent athleticism, and team captain Carlos Alberto’s final goal, considered by many the greatest of all time.

Having shot six times at President Ronald Reagan in an assassination attempt, John Hinckley, Jr. is found not guilty by reason of insanity. The verdict will spur much argument, leading states to change or even abolish laws allowing the admissibility of the insanity defense in US courts.