This far-out image of the Sahara Desert was photographed from space via the Sally Ride EarthKAM, a camera aboard the International Space Station. The EarthKAM is programmed remotely by middle school students as part of an educational program established by Sally Ride, the first American woman to travel to space. Ride’s first trip to space was in 1983. On May 26, her birthday, we remember her legacy.

(1951) Trailblazing astronaut Sally Ride is born
Sally Kristen Ride is born in Los Angeles, where she’ll become a nationally ranked tennis player by her junior year of high school. Her focus, however, will shift to science and astronomy. She will join NASA in 1978 and in 1983, she will become the first American woman in space.
Sally Kristen Ride was an American physicist and astronaut. Born in Los Angeles, she joined NASA in 1978 and became the first American woman in space in 1983. Ride was the third woman in space overall, after USSR cosmonauts Valentina Tereshkova and Svetlana Savitskaya. Ride remains the youngest American astronaut to have traveled to space, having done so at the age of 32. After flying twice on the Orbiter Challenger, she left NASA in 1987. She worked for two years at Stanford University’s Center for International Security and Arms Control, then at the University of California, San Diego as a professor of physics, primarily researching nonlinear optics and Thomson scattering. She served on the committees that investigated the Challenger and Columbia space shuttle disasters, the only person to participate in both. Ride died of pancreatic cancer on July 23, 2012. 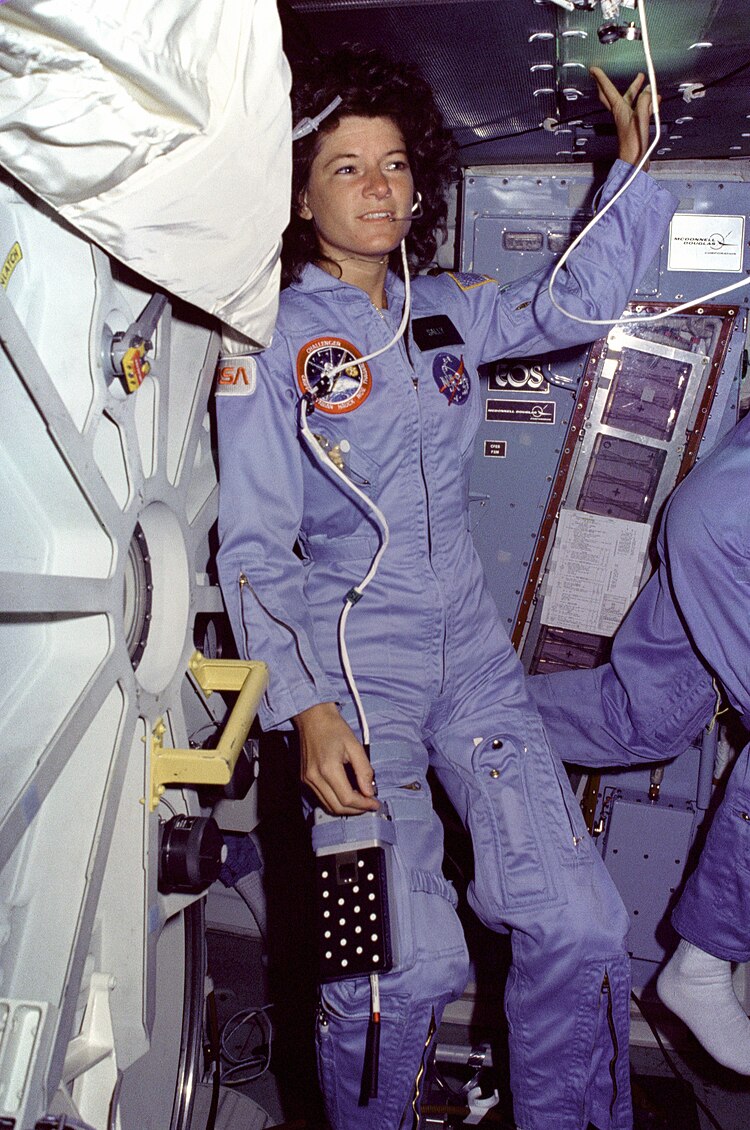