(1647) Stuyvesant arrives to run North American Dutch settlement
Peter Stuyvesant, of The Dutch West India Company, arrives in the New Netherland colony to take up his position as Director-General. He will head projects that include precursors to Wall Street and Broadway before turning over the colony to the English in 1664, who then rename the colony ‘New York.’
Peter Stuyvesant English pronunciation; in Dutch also Pieter and Petrus Stuyvesant; served as the last Dutch director-general of the colony of New Netherland from 1647 until it was ceded provisionally to the English in 1664, after which it was renamed New York. He was a major figure in the early history of New York City and his name has been given to various landmarks and points of interest throughout the city. 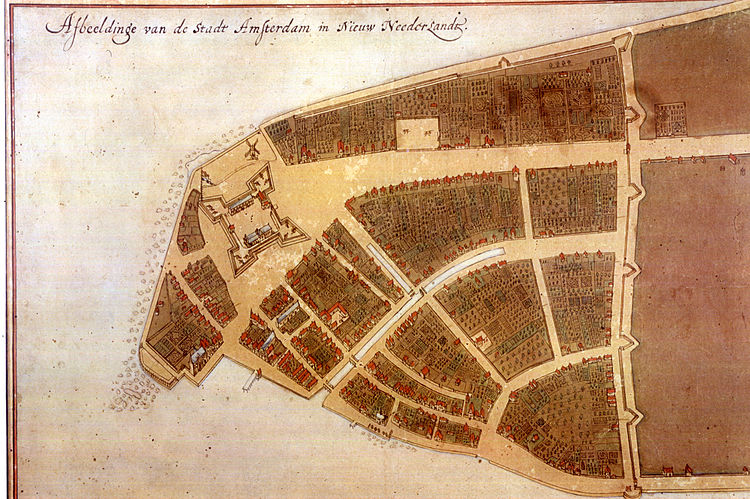 On the Castello map, 1660, Whitehall stands out by its white roof and extensive garden
wiki/Peter_Stuyvesant
4.9.a18