(1835) The New York Sun publishes a story of utter lunacy
‘Great Astronomical Discoveries Lately Made,’ reads the New York Sun’s headline, claiming the discovery, via an enormous telescope, of a surreal civilization on the moon. Reports of man-bats, unicorns, and goats living in a verdant paradise are unfortunately later proven to be a hoax.

The “Great Moon Hoax” refers to a series of six articles that were published in The Sun, a New York newspaper, beginning on August 25, 1835, about the supposed discovery of life and even civilization on the Moon. The discoveries were falsely attributed to Sir John Herschel, one of the best-known contemporary astronomers of that time.

The story was advertised on August 21, 1835, as an upcoming feature allegedly reprinted from The Edinburgh Courant. The first in a series of six was published four days later on August 25. 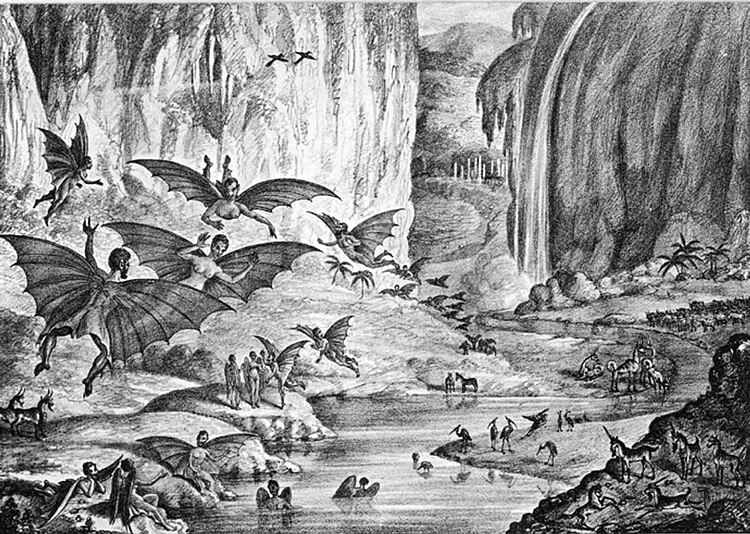 A lithograph of the hoax’s “ruby amphitheater”, as printed in The Sun

(1945) Chinese communists kill a US intelligence officer
US missionary and intelligence officer John Birch is shot near Xi’an while traveling to meet with Allied POWs 10 days after Japan’s WWII surrender. Considered the first fatality of the Cold War, he will inspire American conservatives 13 years later to establish the John Birch Society in his honor.
John Morrison Birch was an American Baptist minister, missionary, and United States Army Air Forces captain who was a U.S. military intelligence officer in China during World War II. Birch was killed in a confrontation with Chinese Communist soldiers a few days after the war ended. He was posthumously awarded the Army Distinguished Service Medal.

(1950) A tennis trailblazer breaks a racial barrier
Tennis player Althea Gibson celebrates her 23rd birthday on the same day she makes history as the first African American to play in the US National Championship. A record crowd watches as she competes in Forest Hills, New York, in the tournament that will be later called the US Open.
Althea Gibson was an American tennis player and professional golfer, and the first black athlete to cross the color line of international tennis. In 1956, she became the first person of color to win a Grand Slam title. The following year she won both Wimbledon and the U.S. Nationals, then won both again in 1958, and was voted Female Athlete of the Year by the Associated Press in both years. In all, she won 11 Grand Slam tournaments, including six doubles titles, and was inducted into the International Tennis Hall of Fame and the International Women’s Sports Hall of Fame. “She is one of the greatest players who ever lived,” said Robert Ryland, a tennis contemporary and former coach of Venus and Serena Williams. “Martina couldn’t touch her. I think she’d beat the Williams sisters.” In the early 1960s she also became the first black player to compete on the women’s professional golf tour.